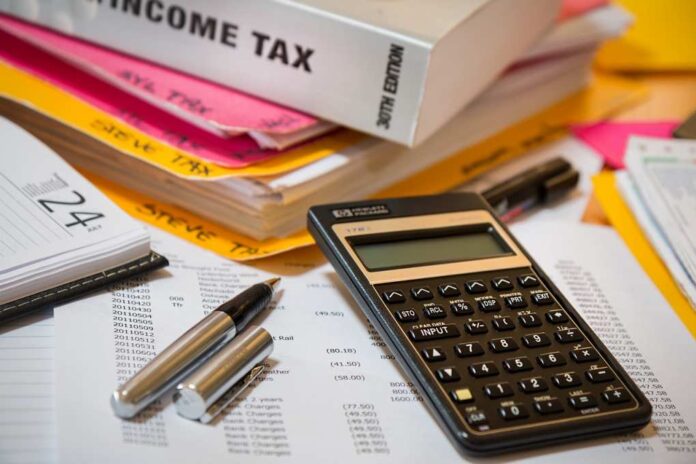 There are takers and there are givers. Most American’s fall within the giving category when it comes to helping out their fellow citizens in need. But as a man in Connecticut discovered, the IRS doesn’t always share the same compassion. He’s being penalized for his acts of kindness.

Louis Goffinet, 27, witnessed the suffering of his neighbors during the early stages of the pandemic when they were locked in their homes, unable to work, or were elderly and were afraid to venture out to the grocery store. He began by delivering food to the older folks, and more often than not he used his own money to do so.

Goffinet soon realized how he couldn’t keep that up without depleting his own bank account so he organized a couple of fundraisers on Facebook. Over the period of one year, he was able to help support hundreds of families. Setting a $200 limit per family, he was able to assist hundreds with rent payments, food, and even with buying their kids a few gifts for the holidays.

Goffinet said even though the financial support was overwhelming, so was the cry for assistance as time moved on. Using a spreadsheet to track his activity, he logged 140 trips to the grocery store. In addition, he delivered dinner on Friday nights to 125 families, gave away 20-holiday gift cards to families with children, provided 31 Thanksgiving dinners, and gave continuing rent support to five families who feared getting kicked to the curb.

“It became dramatically bigger than I thought. My original goal was to raise $200 to help one family with groceries. I was already doubting myself when I set that up, that people in town are not going to want to pay for someone else’s groceries,” he said.

Altogether this middle school teacher raised $40,000 of which every red-cent went to help make someone else’s life a bit more tolerable under the circumstances. But then he received a letter from Facebook. The letter said this good samaritan now owes the IRS $16,031 in income taxes for being such a great guy. That ought to teach him a lesson he won’t soon forget.

“I was so shocked,” Goffinet told the Hartford Courant. “When I think about the mental spot I was in at the end of January, coming off a second fundraiser that was quite a lot of work — busy weekends coordinating Thanksgiving, holiday gifts — to get what I perceived as a bill in the mail for $16,000 was just shocking.’′ How could it not have been?

As one would expect, Goffinet found the need of hiring an accountant to help him figure out how to deal with the mess. The guy is a teacher. He doesn’t have $16,000 laying around. To make matters even worse, he’s been given the deadline of May 17 to make full restitution.

Since the deadline is rapidly approaching and not one thing is even close to being achieved in his favor, Goffinet is certain he will end up having to pay at least a portion of the tax bill to keep the IRS from breaking don his front door. A few people in the community, those who are able, are trying to repay his hard work and generosity by helping him out.

Unfortunately not enough of the locals are able to come to Goffinet’s rescue just yet since they’re still trying to catch up on the money they still owe to various places while keeping food on their tables and a roof over their heads. So far they’ve only been able to collect $2000. But this may be enough money to buy him a little time while he and his accountant continue putting their heads together.

It’s difficult to determine exactly who is at fault in this case. Was Facebook merely doing as they have been instructed to do by the IRS? Could they have turned a blind eye but refused to? Or, is it simply the IRS being their typical incompassionate selves? Either way, for the benefit of this kind gentleman who puts the needs of others above his own, this needs to be fixed ASAP.