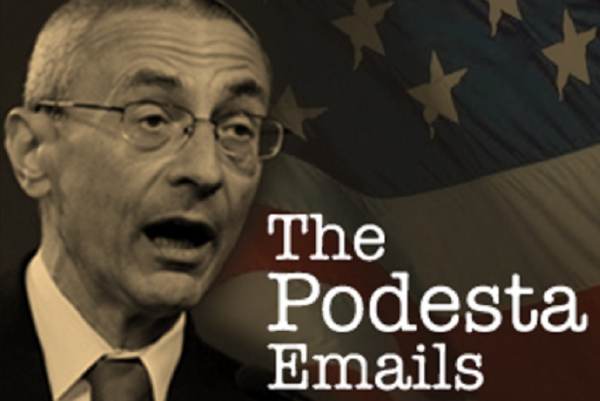 This is a report that was issued after the election but some may have missed it. An e-mail that was previously released by WikiLeaks contained a startling revelation. Can you believe that a Dominion Voting advisor is said to have met with John Podesta during the Hillary Clinton campaign?

This seems like something that probably should have been discussed more thoroughly before now, right? They got together and they decided to scheme on the best ways that they could beat Donald Trump. This is not right and it should have been called out long before now.

Back in 2018, Dominion Voting made another interesting announcement: its management team and Staple Street Capital were going to be acquiring the company. Staple Street is best known for its work as a New York based private equity firm, who was being advised by Kirkland & Ellis LLP at the time.

WikiLeaks uncovered an e-mail chain from the campaign, where Kirkland & Ellis LLP partner Kamran S. Bajwa is said to have met with John Podesta. These two were so desperate to defeat Donald Trump, they wanted to get together and compare their notes.

Podesta was serving as the chair for the Hillary Clinton presidential campaign at the time. “it was a pleasure to meet this past Th in NY. As discussed, I want to do whatever I can by way of sharing ideas, raising funds, recruiting campaign volunteers, and anything else that can help with your campaign. I hope my small efforts to introduce you to a growing group of professionals like myself will be able to boost your important work for Secretary Clinton’s campaign,” Bajwa wrote to Podesta in December of 2015.

Article from 2018 stating the advisers for Staple Street Capital were Kirkland and Ellis LLP.
And
Kirkland rep meet with the one and only John Podesta in 2016 asking to help in any way with elections.https://t.co/OBmHtf6vrohttps://t.co/08o8XEdWZH

“I come to NY frequently and would welcome the opportunity to sit with you and discuss the best way to coordinate our efforts. If you will be in NY Jan 5, I will be free that day to meet you at any time and place convenient for you,” Bajwa continued. Meanwhile, Podesta wrote that he “can’t remember whether we discussed Trump’s effect on ISIS/radical recruitment. You following that?”

“John, just a quick note to say I was catching up with my senior partner Bill Singer back in the office and letting him know of my intentions to help your campaign as much as I can. He was very effusive in his praise of you and asked me to send along his regards. I will look forward to being touch after the break,” Bajwa wrote back.

By the time January 2016 rolled around, Bajwa was back to asking Podesta if he had time to meet again. “I wanted to follow up on our brief conversation a few weeks back and see if you would be available to meet this coming Tuesday in NY? I will be in town for work and my schedule is flexible on Tuesday so if you can meet, I can come to you at a convenient time and place anytime prior to 5pm.”

Clinton campaign staffer Milia Fisher was forwarded the e-mail and Podesta asked her if she could find time for the meeting. Dominion is now sitting at the epicenter of the voting scandal and these e-mails are more than a little bit curious to us. It looks like they were working overtime to make sure that Donald Trump did not win and they were doing it as early as 2015. This company needs to start answering for what they have done, immediately.

There is no explaining any of this away when we have read the e-mails and seen everything that these people had to say to each other. We are tired of being lied about this past election and the legitimacy of it. Trump tried his absolute best to put a stop to this but he wasn’t as successful as many of us would have liked. Now, it is time for Biden to show his mettle by stepping aside. It’s the only fair way to settle this.