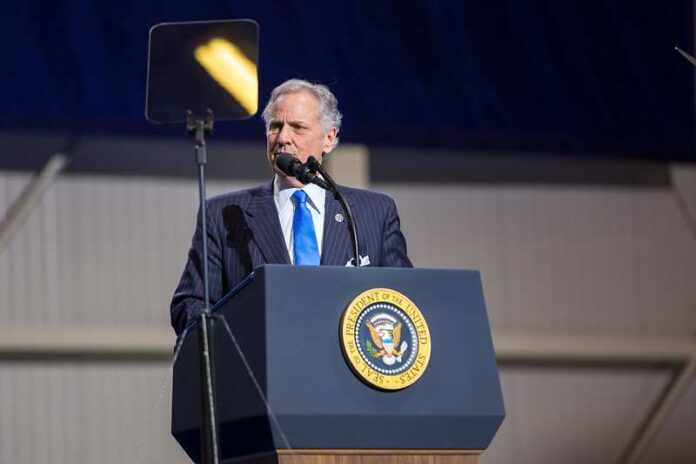 Do you want to know what works to stop people from going where they shouldn’t be going? A wall.

Trump dreamed of building a wall to help with the migration issue – and it started to work. The Democrats hated to admit that it worked, but it did.

After the Capitol riot in January, what did the Democrats do as a way to protect themselves and secure the building? They built a wall.

Walls work. And everyone knows it.

Now, President Biden and the rest of his administration needs to admit it.

South Carolina Governor Henry McMaster has come forward to say that Trump was right in the way that the Southern Border was being handled.

It’s not about accommodating unaccompanied minor children. It’s about sending them and their families (that will eventually come looking for the kids) back to their home countries.

“They are jumping over the fence … We have got to build that wall. This is a big mistake. The Biden administration ought to admit that Donald Trump had it right.”

There are simply not enough resources to deal with inviting that level of migration into the U.S. The Biden administration is struggling to house all of the unaccompanied minors.

The heartbreaking humanitarian crisis on our border was created by the Biden Administration. Sending unaccompanied migrant children from the border to states like South Carolina only makes the problem worse. https://t.co/dB5EUOJEyc

Why are so many unaccompanied? Migrant parents are sacrificing their children so that they can lead better lives as Americans. This is because Biden has already said that they won’t refuse unaccompanied minors.

Why make such promises? It’s becoming an overwhelming problem. McMaster makes the comment that there’s no room for children from another state let alone another country. And, he points out that the flow of those children could be stopped simply by building a wall – the same thing that the Trump administration had focused on.

The executive order written by the South Carolina governor ensures that the most vulnerable children of the state come first. There’s no way to accept migrant children when American children in South Carolina are barely getting what they need.

McMaster went on to point the finger at the Biden administration on Twitter, saying that a “heartbreaking humanitarian crisis” has been created at the border.

And that’s what it is at this point – a humanitarian crisis. It’s not even about illegal immigration. It’s about continuing to invite and accept unaccompanied minors into the country knowing that sufficient care cannot be provided.

State foster homes are already hard to come by. Staffing them is nearly impossible. Funding them requires an Act of God. And, there are other problems – the cost of medication for the migrant children who have never been vaccinated against anything. There’s the cost of putting the kids in schools when public schools are already overcrowded and underfunded.

The Biden administration has clearly not thought any of this through. They’re willing to open their hearts and their borders without thinking about what’s really going to happen.

As McMaster points out, “this is not the people of South Carolina’s fault.” Therefore, it is not the responsibility of the state to take on such problems. He tweeted to say that he’s seen the Trump wall – “It’s big, it’s beautiful.”

The best part about the wall is that no one can get over it. The wall stops people in their tracks and forces them to turn around. And most of the equipment to build the wall is still sitting there. It came to a screeching halt with a Biden executive order.

It’s time that Biden admits the wall is a good thing. With one executive order, construction on the wall can begin again. That will send a clear message that the welcome mat is being rolled up and put away.