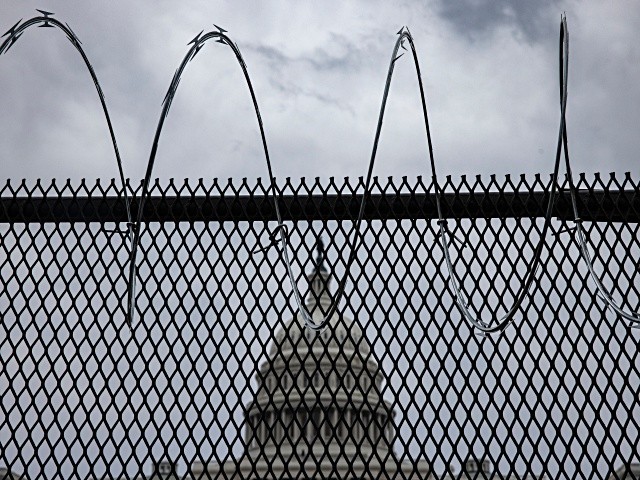 According to the Associated Press, which cited an anonymous source, a security plan “is being finalized” to put fencing outside the inner perimeter of the Capitol building and the Supreme Court.

“The fence had been a stark symbol of the fear many in the Capitol felt after the mob pushed its way past overwhelmed police officers, broke through windows and doors and ransacked the Capitol as Congress was voting to certify Joe Biden’s electoral win,” according to the report, which repeatedly called the January 6 protest an “insurrection,” despite contradictory FBI evidence.

Police are reportedly tracking intelligence “indicating far-right extremist groups like the Proud Boys and Oath Keepers are planning to attend the rally.” House Speaker Nancy Pelosi said she “intend[s] to have the integrity of the Capitol be intact,” during her weekly press conference Wednesday, though she did not name specifics.

In August, the FBI found “scant” evidence that the January 6 riot at the U.S. Capitol was part of a plot to mount an insurrection against the U.S. government, or instigated by then-President Donald Trump, according to sources in a Reuters report.

Republican lawmakers have demanded to know what kind of treatment arrested protesters are being given, though they reportedly have not been able to get an answer. During a July press conference before the first hearing of House Speaker Nancy Pelosi’s committee to investigate the protests, Rep. Louie Gohmert (R-TX) said he has received reports about people being shipped to various jails and mistreatment in jail.

“We still need to know: do we have political prisoners here in America, or not? And we can’t get an answer,” he said. “People, whether they’ve done right or wrong, they deserve to be treated properly.”

And yet we’ve been denied. They want no oversight. They don’t want to give information. And yet, there are reports of people being held and demands for admission of guilt. And they have not been shown the evidence against them. They’ve not been shown the, uh, exonerating exculpatory evidence as required by law.