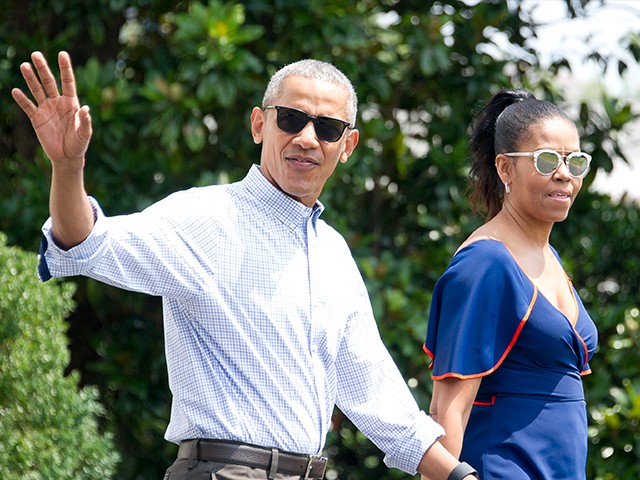 Obama does not mention Elder by name. But it shows a photograph of Elder, together with former President Donald Trump, as Obama accuses Republicans of trying to “overturn common sense COVID safety measures for health care workers and school staff.”

Elder, who is vaccinated, said that he will repeal mask and vaccine mandates recently imposed by Newsom on state workers and health care workers.

Obama recently held a massive 60th birthday party for celebrities and political elites at his private estate on Martha’s Vineyard, off the Massachusetts coast, and was filmed dancing without wearing a mask.

Democrats are running on an exclusively negative message, targeting Elder with assistance from the establishment media, notably the Los Angeles Times, which has conducted a racist campaign against him.

Newsom campaigned earlier this week with a Black Lives Matter leader who declared, in the governor’s presence, that Larry Elder is the “black face of white supremacy,” a charge made infamous by the Times.

Newsom did not correct her, nor has he criticized an attack on Elder by an egg-throwing white woman in L.A. on Wednesday who wore a gorilla mask as she assaulted the black Republican.