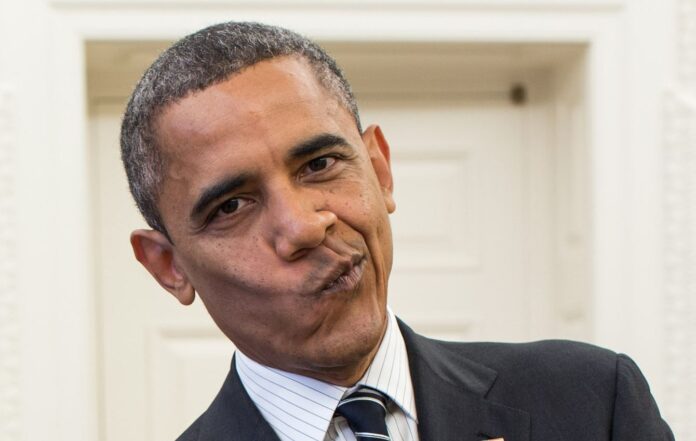 Everyone loves to point their finger at Donald Trump for the money that he has. However, he had money before becoming president. Even while in office, he chose to donate his salary to various charities. He was in the business of being president for the sole purpose of helping America.

Barack Obama, however, is cashing in on being a former president. It has been estimated that he and his family are wealthier than ever before – with a net worth sitting at around $70 million.

Why is it that Obama is getting richer?

Well, it’s not just Barack. The former first lady loved the attention that she got while sitting next to her husband in the White House for eight years. Both tended to present themselves like celebrities – and even managed to get invited to a few celebrity weddings.

They’ve taken their fame and used it to make an impressive fortune.

There have been lucrative book deals where they’ve done “tell-all” stories of what it was like to be in the White House. Those have paid well, especially as people demand a glimpse into the lives of politicians.

There have also been quite a few media collaborations.

The Obama family has certainly seen some impressive pay raises over the years.

When Obama went into the White House, his net worth sat at around $1.8 million.

Over the next eight years, he earned over $20 million as a result of book deals and government salaries. Michelle Obama had a good-paying job at the University of Chicago Hospitals, too.

There were two books authored by the former president. One was “The Audacity of Hope” while another was “Of Thee, I Sing” which was a letter to his daughters. Forbes has estimated that each of those earned around $8 million.

Then, each of them has written memoirs. Those, too, earned quite an impressive amount of money because of the way they rose to become celebrities. Both were more concerned with being liked than running the country – and it showed in what was accomplished over eight years.

Sure, the Obamas were on a first-name basis with various celebrities, but what did they do to make America better?

It’s not only the books and the memoirs. The Obamas are such media whores that they signed a Netflix collaboration that was worth $50 million.

Since when do politicians sign Netflix collaborations? Well, Barack and Michelle don’t want to disappear from the limelight. They don’t want to be overshadowed by new presidents in the White House.

Although Obama may have retired from politics, he’s certainly not looking to step away from TV any time soon.

With all of the money that they’re earning, they must be donating a lot, right?

They’ve bought homes in Washington DC along with Chicago and Martha’s Vineyard. Because who doesn’t need three homes, right?

Oh, and wait…they’re also big on the speaking circuit.

Wow. What an incredible gift for businesses, colleges, and universities to hear a former president or first lady speak. With all of the money that they’re already bringing in, speaking fees are cheap, right? Don’t bet on it. Michelle Obama earns $225,000 per speaking event according to an International Business Times report. That means that Barack probably earns even more.

Although Americans were led to believe that Barack and Michelle Obama were American royalty, they’re hardly doing anything out of the goodness of their hearts. It’s become clear that they are looking to amass an impressive fortune.

After eight years as president, he’s become the person he’s always wanted to be – a celebrity, a millionaire, and a person who owns countless homes. And people want to talk about Trump as being money greedy…