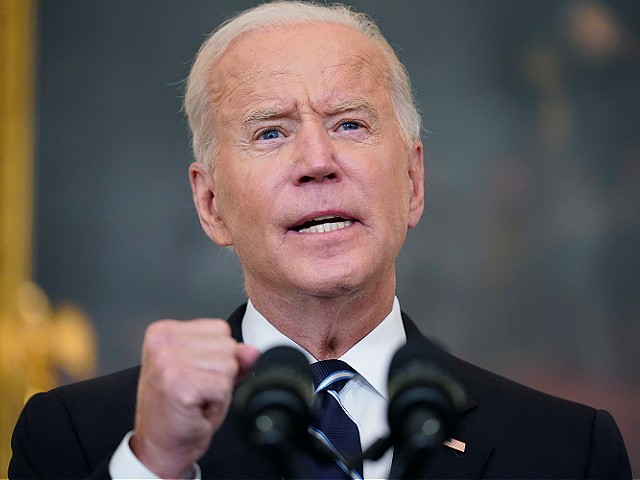 On Thursday, President Biden implemented a new mandate that requires all companies that employ over 100 employees to enforce a vaccine requirement on their workers. Biden’s mandate ignores individuals who have already had coronavirus and have built immunity to the illness.

Fresh off of the heels of Biden’s announcement, Charlie Kirk and others made clear they will not force their employees to get vaccinated and threatened the administration with a lawsuit. Kirk tweeted that there was “no chance” the company Turning Point USA would be enforcing the mandate on their more than 170 employees and that the company “will sue you Joe Biden, and win.”

Higher Education Fellow and Spokeswoman for Campus Reform Angelina Morabito tweeted that Biden’s decree will be challenged by a slew of companies. “If you listen really closely to the livestream of Biden’s speech, you can hear the sound of a million lawsuits being filed,” she wrote.

Others tweeted that the mandate may be unconstitutional and the order will not hold up once a civil case is brought before the United States court system. Kansas Sen. Dr. Roger Marshall (R) called the mandate “an all-out assault on private business, our civil liberties, and our entire constitutional system of limited government. This will likely get struck down in the court – but is a terrifying glimpse of the new Marxist Dem Party.”

Trump endorsed Republican Joe Kent, who is running for a congressional seat in Washington’s Third District. Kent tweeted, “Biden’s team knows this won’t hold up in court, but that doesn’t matter. The marriage between this admin, big tech & the media gives him plenty of power.”

Republican Congressman Dan Crenshaw of Texas slammed Biden’s federal overreach. “Are you people trying to start a full on revolt?” he tweeted. “Honestly what the hell is wrong with Democrats? Leave people the hell alone. This is insanity.”

Congressman Ben Cline (R-VA) labeled the federal order as “a gross abuse of power and potentially unconstitutional.” The tweet goes on to read, “the federal government has no right to trample on workers’ rights, medical freedom and individual liberty.”

Congressman Kelly Armstrong (R-ND) expressed that decisions about getting “a vaccine should be made after consultation with a doctor,” and called the move “the definition of government overreach.” The congressman followed up his initial post with a secondary tweet: “Instead of making people more comfortable with getting the vaccine, it is making people angry.”