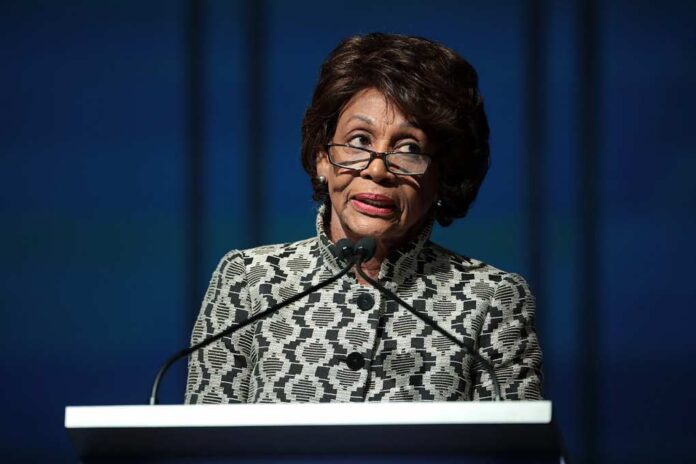 Representative Maxine Waters is looking to see how far she can take things. Rather than demanding peace while protestors take to the streets during the Chauvin case’s deliberation, she’s telling them to “get more confrontational.”

Waters was one of the first to demand the impeachment of Donald Trump following the “insurrection” on January 6. She believed that he called for the rioting and, therefore, caused the riot that hit the Capitol Building.

How is she acting any differently? She’s telling protestors in Minneapolis and around the country to be as confrontational as they need to be against law enforcement.

Confrontational can be viewed in many ways. How violent are they allowed to be? How many police officers are they going to wound?

One officer is being tried for police brutality. One. Yet, Maxine Waters wants to view all police officers as one and the same. Regardless of color, past history with how they have handled criminals, Waters is telling protesters to be more confrontational.

Waters flew into Minnesota days before the Chauvin trial. The congresswoman has been using every effort possible to get the protesters as riled as possible.

The level of violence that’s erupting onto the streets because of her is incredible – and it’s terrifying.

Yet, the 82-year-old Congresswoman doesn’t have to worry. She’s not going to be the victim of any of the protests. Instead, she has requested a police escort.

And why shouldn’t they? They’ve just been given a green light by a Congresswoman.

She is well aware that it’s going to be dangerous. Yet, instead of telling the protesters to calm down for the sake of innocent citizens, she focuses on her own safety. As long as she’s got a police escort, what does it matter how many people are hurt in the streets?

Who is this “we” that she speaks of?

She’s hardly being confrontational like the protesters. After all, as a Congresswoman, she has to show at least some decorum.

Meanwhile, she doesn’t see anything wrong with asking for a police escort – from the very people that she’s asking the protesters to confront. Whomever that police escort is has to see the irony.

What if the police didn’t provide an escort? Then, perhaps, she’d see that the police really are important. Apparently, to her, the only thing they are good at is protecting her against her own cries to protest.

Waters has said that “we cannot go away” if the verdict is anything but guilty. So, she’s now saying that she doesn’t believe in the criminal justice system? She’s about to open up a huge can of worms. It’s not just the Chauvin case. It’s literally any case. If we cannot trust the criminal justice system to determine if people are guilty or not guilty, what are we left with?

Mayhem. And lots of it.

Waters doesn’t care. She’ll be the inciter of riots because she feels that she is justified. Trump was not justified. It’s why she’s arrogant enough to believe that she cannot get impeached.

Oh, but she will. If the riots continue and grow more violent, she will be impeached because it’s become evident that she is instigating it all. The Republicans are watching closely.

As Waters goes up and down the streets of Brooklyn Center to incite violence with her police escort in tow, the Republicans are watching her every move. It’s only a matter of time before she’s impeached for what she’s doing.