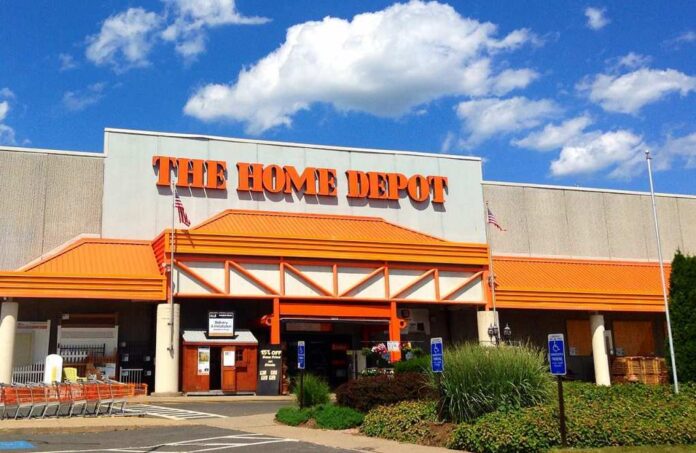 As you well know, there is much controversy in our nation right now and has been for a while. And, to be sure, there are clear sides individuals can and possibly even should take.

However, what happens when someone chooses not to take a side or agree with one political view or another? Should they be criticized for wanting to play the part of Switzerland and stay out of it?

Many would say yes, depending on who you ask. After all, as individuals, they certainly have political opinions and beliefs that might line up with one viewpoint or another.

But what if that someone is really more of a something, such as a retail business or non-politically involved company?

The answer suddenly becomes a bit different, doesn’t it?

Well, for a group of leftists in Georgia, that’s not exactly the case.

As The New York Times recently reported, Home Depot, the nationwide home improvement store that is based in the Peach State, has not issued a statement either condemning or agreeing with the fair voting/election laws that were recently passed there.

Instead, the store has only said that “the most appropriate approach for us to take is to continue to underscore our belief that all elections should be accessible, fair and secure.”

Apparently, for a group of left-based political activists, this is a significant problem. And so, naturally, the group has chosen to call for a boycott of the politically absent store.

Per The Times, “A major coalition of Black faith leaders in Georgia, representing more than 1,000 churches in the state, called on Tuesday for a boycott of Home Depot, arguing that the company had abdicated its responsibility as a good corporate citizen by not pushing back on the state’s new voting law.”

There’s just one problem with this idea, well, several actually.

First of all, it assumes, and wrongly so, that it is the responsibility of non-political corporations to suddenly decide what is right and wrong, moral or immoral as if they should have a say in it at all. Since when does a business whose expertise lies in lumber, hardware, and building tools be given the obligation to decide on political issues it has nothing to do with?

And even if it does decide to have a political opinion, why should you or I, as individuals take note of that view? I mean, just like Coca-Cola and Delta, both of whom have taken sides on the issue and condemned the new laws, this company has little to no political power to change things nor the expertise to explain why it is right or wrong.

They literally have nothing to do with politics. So why should we even let their opinion sway ours?

The fact of the matter is that we shouldn’t.

Of course, the group set on boycotting Home Depot says otherwise. Why? Well, of course, they say this is something that everyone and apparently everything should have an opinion on, as it “goes beyond politics.”

Bishop Reginald T. Jackson told The Times in a recent interview, “We don’t believe this is simply a political matter. This is a matter that deals with securing the future of this democracy, and the greatest right in this democracy is the right to vote.”

Well, he does have one thing correct, our greatest right is our voice and the ability to use to choose our own leaders.

But that fact only serves to prove my opinion on the matter even more. As our greatest right and responsibility, it should be treated with near sanctity. And that means making it as secure and legit as possible.

You’d think every American could at least agree on that. And yet, it seems while the political left doesn’t have a problem offering a photo ID to get beer, buy a hunting license, or even to enter a night club, they don’t want to have to do so when choosing the men and women who will lead our nation into the future.

There’s something wrong with that, inexplicably wrong.

But just like it is my right to believe that, it is also Home Depot’s to want to stay neutral. Kudos to them for sticking to their guns on the issue so far; hopefully, that doesn’t change.