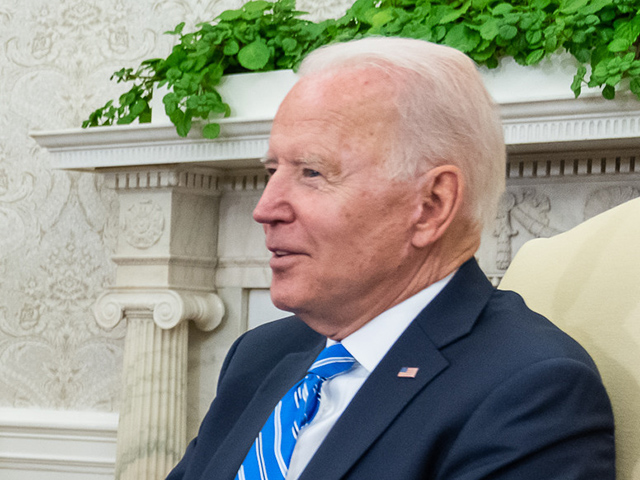 The poll, which was partially taken after Biden signed the executive orders, shows his approval at 43.5 percent.

Biden’s disapproval is higher, which sits at 54.3 percent, with 48.2 percent of the respondents who “strongly disapprove.” Only 2.1 percent had no opinion of the president.

The poll was conducted from September 8 to 9 at night. Biden issued the mandate on September 9. The poll had 1,086 respondents who were likely general election voters, with a margin of error of plus or minus 2.98 percent.

Comparing this to a previous Trafalgar Group poll from August 2021, taken with roughly the same amount of likely general election voters (1,073, 13 fewer), which found the president’s approval at 46.5 percent, with 47.5 percent who disapproved, and six percent who had no opinion.

Biden signed executive orders on Thursday mandating vaccination against COVID-19 for all federal employees and contractors.

He also directed the Department of Labor’s Occupational Safety and Health Administration (OSHA) to develop a rule that would require all private companies with 100 or more employees to either be fully vaccinated or produce weekly negative test results.

During a speech from the White House on Thursday, Biden said, “This is not about freedom or personal choice,” adding, “It’s about protecting yourself and those around you.”

“We’ve been patient, but our patience is wearing thin,” he said.

Last December, Biden told reporters at the time that he did not support any type of widespread vaccine mandate.

“I don’t think it should be mandatory. I wouldn’t demand it be mandatory,” he told reporters at the time.