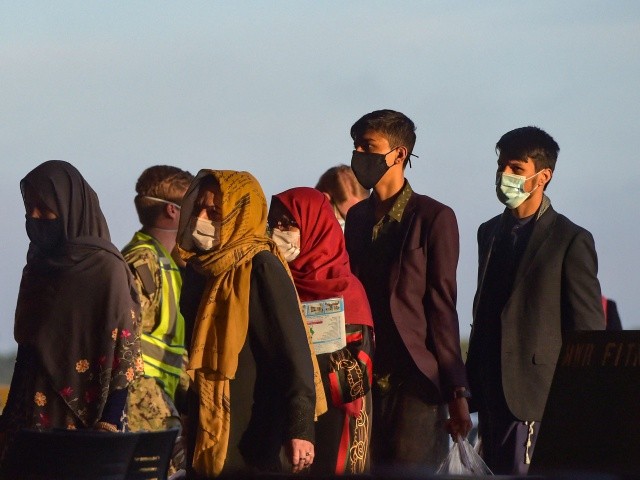 As part of Biden’s massive resettlement operation out of Afghanistan, he is hoping to resettle about 95,000 Afghans in total across the U.S. over the next 12 months. Already, more than 48,000 Afghans have been flown to the U.S. for permanent resettlement.

The overwhelming majority of Afghans arriving in the U.S. every day do not qualify for Special Immigrant Visas (SIVs) or even refugee status. Instead, Afghans are arriving in the hopes of getting “humanitarian parole” and are allowed to land in the U.S. without having completed their immigration processing.

Robert Law with the Center for Immigration Studies writes this week that sources inside the United States Citizenship and Immigration Services (USCIS) agency have said that top DHS officials are reviewing plans to issue work permits to Afghans before their vetting process is completed.

If Director Ur Jaddou signs off on this policy, it is even more reckless than it appears. For starters, none of these Afghans have established addresses in the United States, so the work permits are either being handed to them upon release from the military bases they are temporarily being housed in or are being mailed to the advocacy groups who are sponsoring them. When derogatory information comes up, how helpful do you expect these groups to be in tracking down these aliens? And my sources tell me that the agency has already discovered numerous instances of national security or Department of Defense flags on these aliens, but they too will get work permits and be released from temporary custody. [Emphasis added]

This policy, if implemented, would tie the hands of adjudicators by requiring them to approve work permits with incomplete information and removing their discretionary authority to deny. Just days away from the 20th anniversary of 9/11, the Biden administration is considering actions that would make the country less safe, and using career immigration adjudicators to do it. [Emphasis added]

Biden, this week, asked Congress to approve $6.4 billion in American taxpayer money to help resettle Afghans across the U.S.