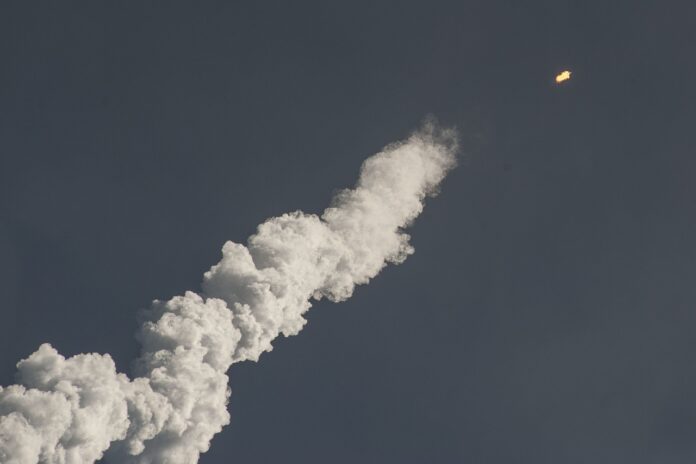 It’s important to look at what’s going on in the Middle East as much of it is as a result of what Biden is doing and saying. Just as he announces that troops will be out of Afghanistan by September 11, rockets hit Balad, an Iraqi airbase just north of Baghdad.

The base is home to a number of Iraqi military personnel along with U.S. trainers. The commander of the base said that there were at least two rockets that exploded inside of the base. It has wounded two Iraqi security forces.

This attack isn’t the only one. It is just days after a drone laden with explosives targeted U.S.-led coalition forces near the Iraq airport in the north. While no U.S. troops were hurt, it did cause damage to a building along with a large fire.

Who is to blame for these attacks? While no one has stepped forward to claim responsibility, it is believed that there are Iraqi militia factions that are backed by Iran.

Yet again, Biden does things without thinking about how it’s going to impact troops in the long run.

There have been two major moves made by Biden.

The second was to fail in the way that Iran and their nuclear deal were handled, which has led to Israel exerting force on their own. It has also caused Iran to feel as though they have to flex as much military muscle as possible to show that nuclear weapons are being prepared.

More and more attacks have been occurring, and it seems that it has been the American installations being targeted throughout Iraq.

It appears that, although Trump had hoped to remove the U.S. from Iraq, this will not be possible. So, Biden will have to decide whether he wants to get the troops out of both Iraq and Afghanistan or continue to risk lives.

American forces withdrew from Iraq in 2001 but were forced to return in 2014 when Iraq invited the U.S. military to help battle the Islamic State Group. Troops were reduced in 2020, but there is still enough presence that it could harm a number of people if the attacks continue or become more of a threat.

So far, only one U.S. contractor has been killed by the attacks, which occurred last month when 10 rockets hit a base in western Iraq.

All of this seems to be happening as Biden has announced some of his goals while also proving to be unable to negotiate with Iran.

If it is Iran that is attacking U.S. troops in Iraq, it may end in a war.

Americans have seen how poorly Biden has managed to handle international relations. Any time something has gotten difficult, he has involved Kamala Harris. He has pushed the responsibility to Harris, only for her to ignore it entirely.

Since Biden has taken office, it has been VP Harris who has made the most calls to foreign dignitaries. When it has come to the migration at the southern border, Biden has chosen not to deal with Mexican and Central American governments. And, with Iran, Biden waited so long that another foreign nation chose to take charge.

Decisions have to be made. With rockets hitting Balad and regular attacks happening, Biden has to decide what to do. If Iran is attacking, it’s important to keep troops in Afghanistan because of close proximity to Tehran. And, if Iran is attacking, exactly what kind of response is the U.S. going to provide?

The Middle East has issued a test to see if Biden is worthy of being a leader. Now, we must wait to see if he can rise to the challenge or fail us all.