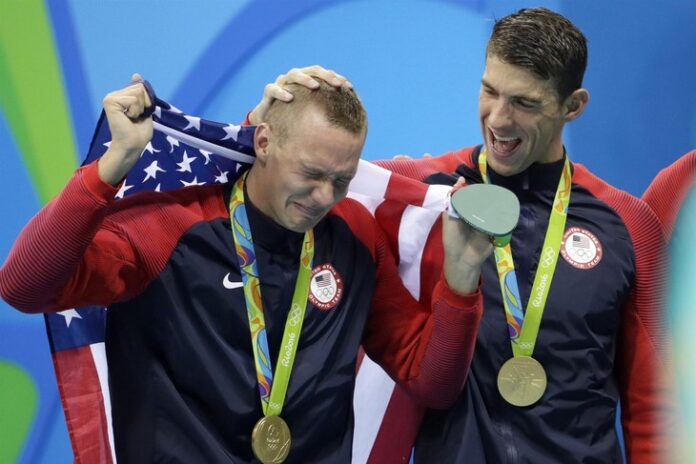 The art of kneeling became an epic sensation when sports personalities decided to politicize the action. For some reason, athletes thought it would be an excellent idea to infuriate fans by disrespecting the flag and the country it represents. The United States provided them with the environment to excel at their sport, and they return the favor by trampling on the very foundation upon which they made their millions.

The international community is not agreeing with what some of the American athletes have done. These anti-American sportspeople have lost their perspective on what it means to be an American and what it means to represent their sport to the world. The time to protest is not on the field. And that is the message that the Olympic Community is telling every athlete.

Many of the athletes are sick and tired of the few people making a stink at the games. The International Olympic Committee got together and talked with the athletes. And it was decided that something needed to be done to keep the politics out of the sports competition.

It will be forbidden for any athlete to kneel or raise their fist in the air during the games. Rule 50 forbids any “demonstration or political, religious or racial propaganda.” The Olympics is a place where athletes compete. It is not the place to make statements about personal beliefs or feelings.

The passing of this rule shows that the liberal agenda is not as well-received as they would like people to think. In fact, the ideology of trashing one’s home country is looked on in disgust by most people around the world. The Olympics is the one place where nations worldwide come together and compete in good faith. It is not a time to start a war or make a statement.

The Olympic Oath will be changed after an extensive consultation of the IOC Athletes’ Commission on Rule 50 and athlete expression, bringing in an emphasis on:

Like every great rule, there are going to be people that want to see it get canceled. They want to be able to spew their hateful propaganda anywhere they want. People that hate life, like the liberals and Democrats do, have no pride in their country. All they can see are problems.

The Black Lives Matter group is fueling the hatred towards the Olympic rules. Their disdain for authority and order is felt around the world. BLM would empower and support anyone that would want to challenge the rules. Even in the light of being kicked out of the games and embarrassing one’s country.

83-year-old ex-prime minister Yoshiro Mori slated to step down on Friday following his sexist comments about women more than a week agohttps://t.co/dsuuF2BDps

The spirit of the games is not about preference. It is about representing one’s home country. For any athlete to make a political state is to drag their country into their sinful behavior.

One Olympian named Kirsty Coventry stated it best when she noted that “I would not want something to distract from my competition and take away from that. That is how I still feel today.”

She noted that the IOC had passed many changes to Rule 50 because more liberals are showing up to the games making statements with their uniforms and other avenues that rob people of the spirit of the games.

The liberal mess in America has long been a troubling scene around the world. Liberalism and liberal theology nonsense are destroying the spirit that many people long for every four years. It is their chance to compete against athletes around the world. And when one political activist shows up, it ruins it for everyone.

All athletes that choose to violate the rules will face the consequences. This rule makes it possible to watch a sporting event once again without having to watch the toddler-like actions of spoiled brats.

The Democrats push for their people to make their statements, but they are going to find out real fast that people are sick and tired of listening to their lies and ideological nonsense. The IOC is shutting it all down and making people focus on the spirit of the games.