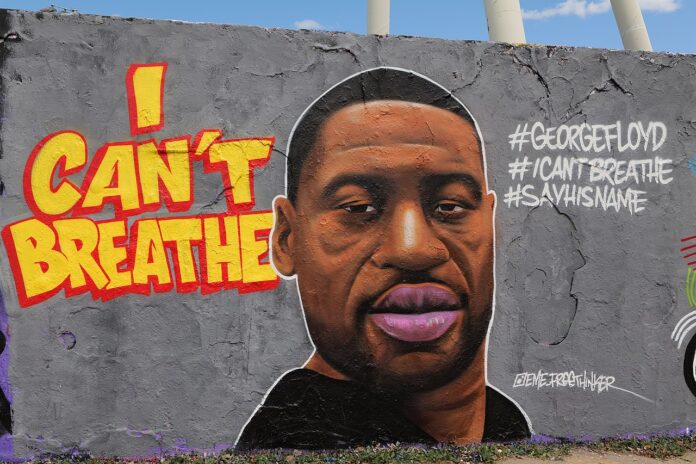 The Democrats are coming out to be the most blood-thirsty political group ever to exist in American politics. The trial of Derek Chauvin gave them the platform they needed to attack the justice system and demand that further action be taken beyond the guilty conviction. This ideology demands that reform take place over an entire spectrum because of the actions of one person.

When Chauvin was convicted of murder, the crowd cheered, but that was not enough for them as they wanted to see his head chopped off and his body burned. It is not enough that he will spend the rest of his life behind bars. They want to make sure that his body is scattered over the face of the earth, so no one knows he ever existed.

As the verdict was read, the media and leftist nutcases took to the airways calling for what jerky Jason Johnson with MSNBC noted, “This is not the justice system working. This is the justice system trying to say that hey, this is one bad apple.”

And then came along the witchy Alexandria Ocasio-Cortez that spewed out that “This isn’t justice. I don’t want this to be framed as the system working—because it’s not working.. It’s really important that this verdict is not used as a replacement for policy change.”

Justice is not whatever Democrats think that it should be. There are laws in place for a reason, and if they want reform, it is time for them to follow the path of peacefully trying to change such laws. Violent protests are not the way that it is to happen.

For nearly a year, the Black Lives Matter freaks and Antifa have tried to justify violence based on the death of George Floyd. But now that the trial is over they should not be any more violent protests taking place. But since the Democrats want more, there is bound to be more violence and looting until they get whatever it is they are looking for.

The entire premise of the protests outside the courthouse was to see that Chauvin was served his penalty. But the calls for his head and body to be burned show that the liberals still think the justice system is broken. The law prevailed, and the cop was sent to prison. Now all the people should get back to work.

It will never be enough for a people group that wants things always to go their way. Any time they are ever hurt or confronted, they are going to want to change things that they have just changed.

At first, the same people wanted to defund the police. In some cases, they got what they wanted. And when it was discovered that they errored, they want to try something else. It will never be enough for them.

For a Democrat to admit that the justice system is broken, they demand a regime-style execution method. Nancy Pelosi came out and derailed the system by claiming, “Today we feel a sigh of relief. Still, it cannot take away the pain. A measure of justice isn’t the same as equal justice. This verdict brings us a step closer, and, the fact is, we still have work to do.”

She could not bring herself to admit that the system works. Biden was quick to agree and slam the court system for doing their job. He would “We can’t stop here. In order to deliver real change and reform, we can and we must do more to reduce the likelihood that tragedies like this will ever happen and occur again….This takes acknowledging and confronting head-on systemic racism….”

Hateful liberals create the only racism that exists in the country. Conservatives do not have a problem with anyone because of their skin color. The Democrats push color issues because they need the conflict to exist so they can push socialism on people.

The list of unsatisfied liberals only grows by the hour. They need to see the cop hanging from a tree and then watch his body burn even to begin to see justice served. And that would only be the start of the dark ages in America.