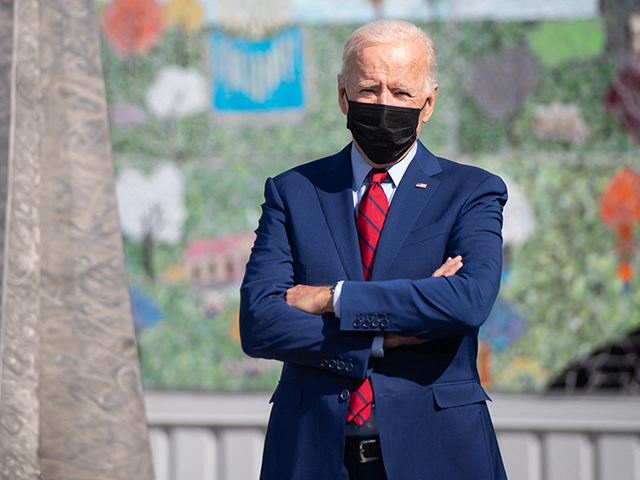 Republicans previously blocked the bill by using the filibuster and preventing “tyranny of the majority.” Top Democrats are now calling on President Biden to lobby for “filibuster reform” in order to ram through the legislation this time around without the need for Republican votes, Rolling Stone reported Sunday.

“According to three people briefed on the White House’s position and its recent communications with outside groups, Biden assured Senate Majority Leader Chuck Schumer and House Speaker Nancy Pelosi that he was ready to push for filibuster reform,” the report states.

A source briefed on the White House’s position said Biden told Schumer, “Chuck, you tell me when you need me to start making phone calls.”

During a late-July meeting, Biden reportedly made a pledge to Schumer and Pelosi saying he would “get involved himself and lobby the handful of moderate Democrats to convince them to weaken the filibuster so that the For the People Act could pass without any Republican votes” if they “tried every option they had” first to pass the bill. Multiple sources since then reportedly told Rolling Stone that the White House has “devoted more staff to the issue.”

Two centrist Democrats, Sen. Joe Manchin (D-WV) and Sen. Kyrsten Sinema (D-AZ), have publicly denounced changing or abolishing the filibuster. However, their votes are much needed if any substantial changes are to be made to pass the “For the People Act.”

In April, Manchin wrote in an op-ed that he would not support tweaking or abolishing the filibuster, which he described as a “critical tool” to protect the interests of small and rural states like his. Sinema, for her part, likes to point out how often Democrats used the filibuster when they were in the minority during Donald Trump’s presidency. The filibuster, she wrote in June, “compels moderation and helps protect the country from wild swings between opposing policy poles.”

A group of senators is set to release a compromise version of the bill “intended to satisfy Manchin’s concerns” about the initial bill. Regardless, Schumer will “not only need to prevent a single defection on the bill itself but also convince — with Biden’s help — all 50 Democrats to create a carveout in the filibuster for voting-rights-related legislation,” according to the report.

Sources told Rolling Stone both senators will be “likely targets” when the president begins to lobby in favor of changing the filibuster.

The Biden administration has been notoriously unclear about its opinion of the filibuster. In March, White House press secretary Jen Psaki said Biden did not support changing the filibuster. Biden told ABC News a few weeks later that he supported bringing back the so-called talking filibuster.

“The filibuster is a legislative process tool, an important one, that warrants debate,” Psaki said a few months later, declining to answer if Biden supported creating a carve-out to the filibuster for “voting rights” legislation. “But determination about making changes will be made by members of the Senate, not by this president or any president, frankly, moving forward.”