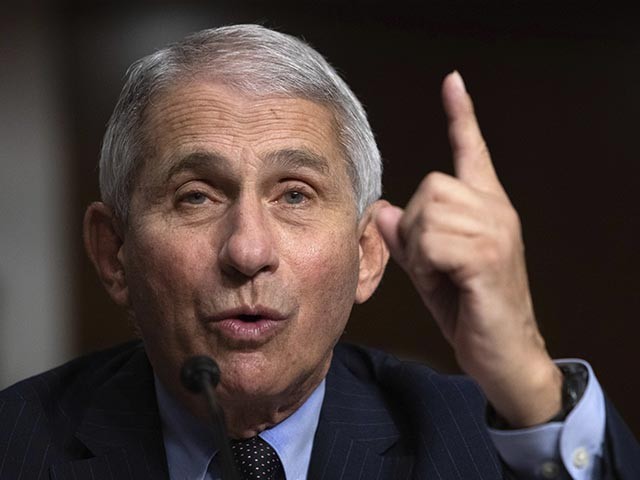 During an interview with the Skimm This podcast that will air this coming Thursday, Fauci said that people hoping to travel with “other people” should be vaccinated.

“I would support that if you want to get on a plane and travel with other people that you should be vaccinated,” Fauci said, as reported by The Hill.

In the same interview, Fauci also endorsed vaccine mandates for children, comparing the coronavirus with polio and measles.

“When you hear us say should you mandate vaccination for children to be able to attend school, some people say, ‘Oh, my goodness. That would be terrible to do that.’ But we already do that and have been doing that for decades and decades,” he said.

“I don’t know what school you went to, but the school that I went to, you had to be vaccinated for measles, mumps, rubella, polio, or otherwise you couldn’t go to school,” he added.

The federal government has yet to introduce a vaccine mandate for air travel and only currently mandates that passengers wear a mask at all times while onboard. Recently, Rep. Don Beyer (D-VA) introduced the Safe Travel Act, which would require “all airline and train passengers in the U.S. to show proof of vaccination or a present negative COVID-19 test in order to travel,” according to The Hill.

“The bill also seeks to require that employees, contractors and subcontractors of Amtrak and commercial airlines either show proof of a completed vaccination series or present a negative COVID-19 test at least once per week,” the report added.

During an appearance on CNN last week, Fauci defended President Joe Biden’s vaccine mandate and excused his angry rhetoric toward unvaccinated Americans, saying that the president is “understandably frustrated.”

“I think you can appreciate that by the tone of his voice and how he presented it at the press conference this evening, he is clearly frustrated and understandably so,” said Fauci. “We have done everything we possibly can do to get people to get vaccinated. We have trusted messengers. We made it easy. It’s simple. It’s safe. It’s free.”

Fauci’s endorsement of vaccine mandates differs from what he said in August of last year: “you cannot force someone to take a vaccine.”

“I don’t think you’ll ever see a mandating of vaccine, particularly for the general public,” Fauci said during a Healthline townhall.

“If someone refuses the vaccine in the general public, then there’s nothing you can do about that,” he added. “You cannot force someone to take a vaccine.”