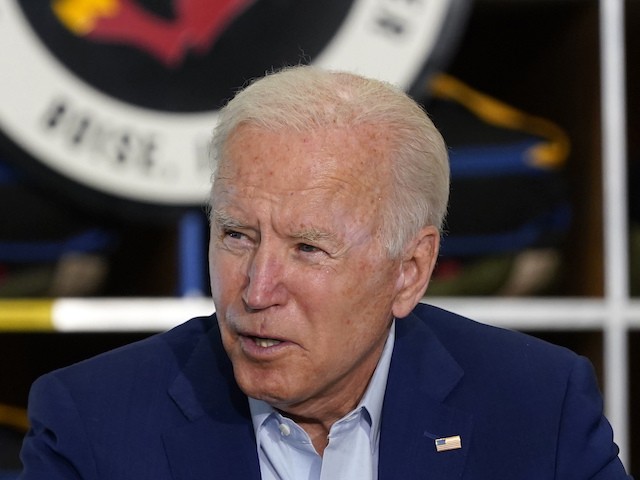 The president visited the National Interagency Fire Center to highlight the dangers of wildfires in the West. Biden also touted his Build Back Better agenda before officials briefed him on the federal/state partnerships and provided recommendations for future policy.

“Can I asked you a question?” Biden said during the briefing, after officials talked about how various factors, including “climate change,” are making conditions worse on the ground.

“One of the things, that uh, I’ve been working on with some others is –” Biden said before White House staff cut the feed.

Biden left Idaho to visit California, where he was set to talk further about wildfires and how his build Back Better Agenda will reportedly strengthen the nation’s resilience to climate change and extreme weather events. The president is also expected to deliver remarks at a campaign rally with Gov. Gavin Newsom (D-CA) ahead of Tuesday’s recall election.

White House staff has cut the video feed during briefings at least twice before (see here and here). Last week, a Politico report revealed how White House staffers privately switch off or mute Biden’s public appearances out of anxiety. However, no explanation for public feed cuts has been given.