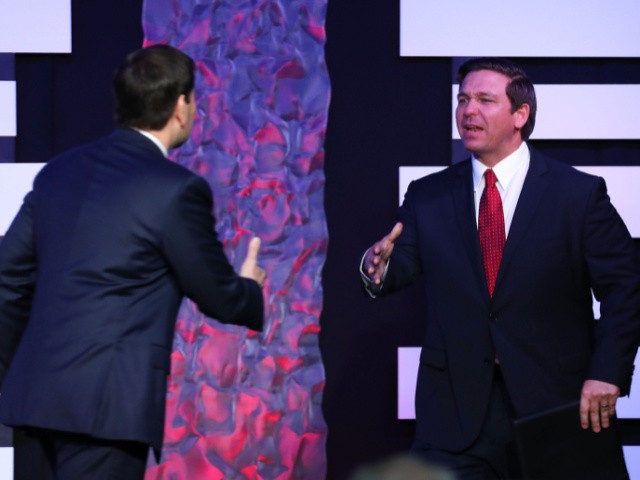 The survey, taken August 20-24, 2021, among 1,000 eligible voters in Florida, showed Floridians giving the Republican governor a positive approval rating, 47 percent to 36 percent, resulting in a net approval of +11 percent. Additionally, the survey found that 80 percent of Trump voters approve of DeSantis — a higher figure than the 68 percent who approved of Sen. Rubio and 60 percent who approved of Sen. Rick Scott (R-FL) in 2020.

The survey also found Sen. Rubio with a positive approval rating, 42 percent to 33 percent, and leading his potential Democrat challenger:

Additionally, the survey found President Biden’s approval under water among Floridians, with 47 disapproving and 40 percent approving.