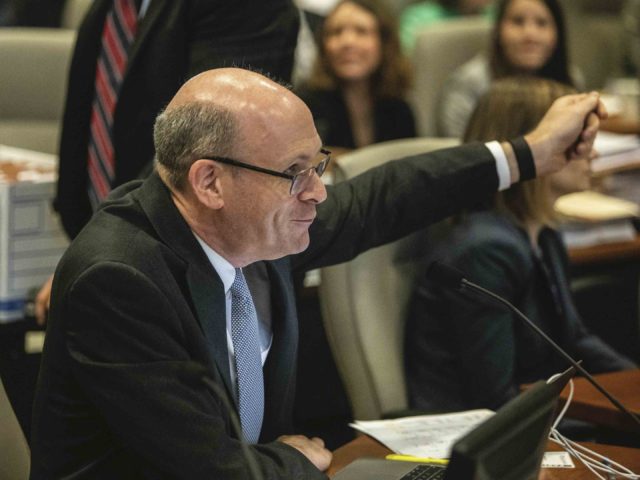 “Elias Law Group is a new law firm headquartered in Washington, D.C., with an office in Seattle, WA, focused on helping Democrats win, citizens vote, and progressives make change. Central to the firm’s mission will be its own diversity and inclusion,” exclaimed a Perkins Coie press release.

Prior to the formation of his new firm, Elias formed extensive ties with a dark money network headed by Arabella Advisors, a company that manages several non-profits: Hopewell Fund, the Sixteen Thirty Fund, the New Venture Fund, and the Windward Fund. According to Fox News, in July 2020, Elias created the Democracy Docket Legal Fund, which was a “fiscally sponsored project of the Hopewell Fund,” one of the non-profits managed by Arabella Advisors:

Wealthy Democratic donors use these funds to pour cash into dozens of initiatives that fall under Arabella’s umbrella.

According to the network’s most recent tax forms, the four funds combined to haul in $715 million in cash from secret donors in 2019 alone. The group also pushes money to outside organizations that do not fall under its auspices.

In addition to Democracy Docket LLC, Elias created the Democracy Docket Action Fund to raise money for voting rights lawsuits, The New York Times reported last year. According to an ActBlue donation page, the action fund is a project of the North Fund, which also boasts connections to Arabella Advisors.

The North Fund reported $9.3 million in donations in 2019, according to its tax forms. Its sole donor was the Sixteen Thirty Fund, the Arabella-managed-group’s tax forms show.

Saurabh Gupta, who is listed in North Fund’s tax forms as general counsel, is also general counsel for Arabella Advisors, according to the consulting firm’s website.

Since the Democracy Docket legal and action funds “are fiscally sponsored by other nonprofits, they are not required to file individual tax forms to the IRS that would shed light on their financials,” noted Fox News.

Caitlin Sutherland, Executive Director of Americans for Public Trust, said that the dark money network will provide Elias “access to nearly unlimited funding to file lawsuits across the country.”

Marc Elias just launched his new firm, but what has not been reported is the funding source for his lawsuits. Mr. Elias frequently raises money for the Democracy Docket Action Fund, but what he isn’t telling his loyal followers is the fund is a project of the Arabella-connected North Fund.

And his other group, Democracy Docket Legal Fund, is just a project of the Arabella-managed Hopewell Fund. All of this together means that as Arabella Advisors’ dark money attorney, Mr. Elias will have access to nearly unlimited funding to file lawsuits across the country.

Some companies, however, have publicly stated their support of Elias’s groups, such as J.J. Abrams’ production company Bad Robot, which donated $1 million to the Democracy Docket Legal Fund in April to “help fight voter suppression.”