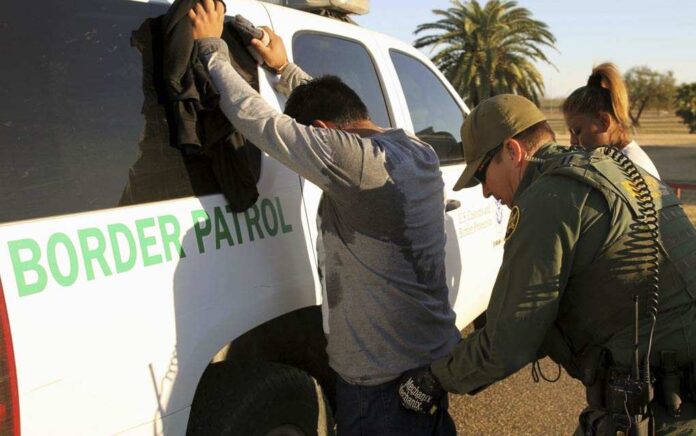 Unfortunately, it seems that it takes a crisis or a series of them to occur for people to finally put their selfish desires and egos aside to work together for the greater good. You know, much like how the nation came together for a common goal after the atrocious attacks on September 11, 2001.

It shouldn’t be that way, but it is.

And so it seems another crisis is working to bring our two very divided political parties together.

Enter America’s southern border with Mexico and all the turmoil that is being experienced there.

The border has never really been a good state. It’s just better or worse. For decades we have seen massive numbers of illegal immigrants trying to cross over into our country. And for decades, both state and federal leaders have tried and failed to fix the problem.

Under some administrations, immigration levels seemed to decline, thanks to stricter laws, increased border security, and deals that both the United States and Mexico could live with. And yet, under others, those works to stem the constant flow were abandoned in favor of inclusivity.

Right now, we are seeing one of those “worse” times, with new records of child migrants, illegal crossings, and apprehensions made every month.

Suffice it to say, they aren’t calling it a border crisis for no reason.

And it’s finally gotten bad enough for Democrats and Republicans to come together in true bipartisanship to fix the problem – or at the very least, try.

The Bipartisan Border Solutions Act seeks to do just that. It was proposed by Texas Republican Senator John Cornyn and Arizona Democratic Senator Krysten Sinema.

As both senators are from border states where the reality of what is happening is tangibly seen every day, they are in a unique position to understand what the real problems are and how they might fix them.

The main problem for all involved is that there are far too many migrants arriving in border towns. This, naturally, puts a heavy strain on such communities to provide the basic resources needed to keep both their own neighborhoods and migrant facilities safe and healthy.

As Axios reported, Senator Sinema said on Thursday, “We know that this crisis at the border is not a Democratic or Republican problem. It’s not a new problem. It’s an American problem, and it’s one that we’ve been dealing with in our border states for decades.”

He tweeted on Monday, “No single party can solve the border crisis. Now is not the time for partisan games and inaction. Now is the time for Congress to lead and provide tangible solutions to the problems we’re seeing at our border.”

Republican Representative Henry Cuellar is also a co-sponsor of the bipartisan bill and, like the other three, also comes from a border state.

Given that the measure already has bipartisan support, the odds of gaining favorability in both the Upper and Lower house are pretty good. However, the same cannot be said of what happens should it pass in both legislative bodies and arrive at the president’s desk.

Firstly, neither Biden, Vice President Kamala Harris, or their staff has shown any interest in actually getting a handle on what is going on at our border. In fact, Harris, who was recently put in charge of doing just that, hasn’t even thought it worth her time to visit a single border town or migrant facility.

Sure, the pair have put out “executive orders” that make it appear they are trying to do something to help, but in reality, the problem only worsens by the day. So why would he suddenly take any genuine interest now?

Secondly, by signing this bill, Biden would essentially be admitting that his little efforts so far have indeed failed – not to mention, it would also declare former President Donald Trump the better leader in this situation. And we all know he can’t afford to do that.

Nevertheless, Sinema and Cornyn have the right idea here. Enough of the partisan roller coaster. We need good solid thinking that benefits the nation and its people rather than a specific party or agenda.