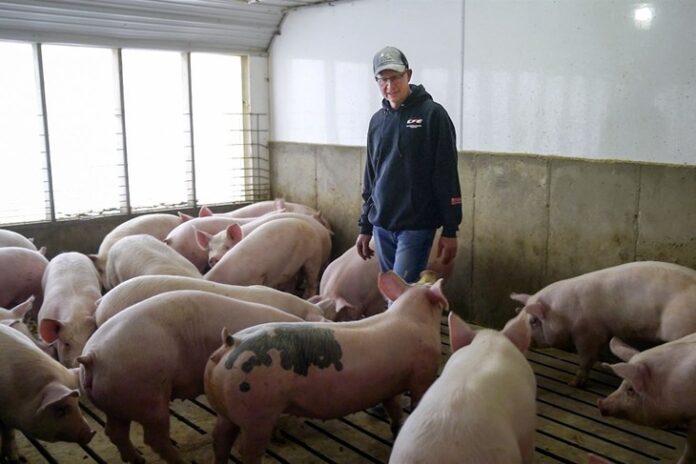 Everything can be turned into an argument of racism if you dig at it enough. However, that’s not what this country needs right now. We need unity.

That’s not going to happen – and now Nickelodeon has decided that they want to help with dividing society by schooling kids.

Let’s look at pig farming and how it is attributing to “environmental racism.”

The children’s TV network has decided that they want to be eco-friendly. They’re going green beyond their slime – and this includes providing children with the definition of environmental racism in an 8-minute video that was posted to Twitter.

Toxic air, black snow, areas lined with oil refineries – areas where there are such things happening are examples of environmental racism. It’s a form of systemic racism, according to the video’s host, Jamie Yuccas, where “minority and low-income communities are surrounded by health hazards.”

Whoa. Pollution and health hazards are everywhere. This isn’t an issue of racism – it’s an issue of pollution. It’s an issue of governments allowing the pollution to become so comprehensive that it’s affecting the health of all residents.

Yet, it’s easier to make it an issue that seemingly only plagues people of color along with other low-income households.

Apparently, anyone who lives near a landfill, mine, sewage, power station, or major road is a victim of systemic racism. And, according to Nickelodeon, this is only happening to people of color and those with low incomes.

There’s so much wrong with this “lesson” that Nickelodeon is broadcasting that it’s hard to even comprehend. Many major cities – Philadelphia, New York, Chicago, Los Angeles, and so on have excessive environmental conditions. People of all levels live near these.

This is not an issue of racism. It’s not even an issue of being low-income. It’s an issue of the government not doing anything to keep such health hazards away from all of its people.

Jamie Yuccas decides to add more ridiculousness to this argument by talking about Duplin, North Carolina. Hogs outnumber the number of residents. Big deal, right? After all, hogs are an important part of our environment as well as our food chain.

Well, you have to put on your liberal thinking cap to comprehend this one. The people working on the hog farms find it to be dangerous to the environment and to their health. One former resident of Duplin was featured on the video, saying she moved away as quickly as possible because the air quality was so bad. Why? Hog farms spray feces in the fields.

Of course, they couldn’t say it was environmental racism without the former resident complaining about the area being a person of color.

The amount of the video spent talking about Duplin shows that Nickelodeon, or at least the host of this segment, is unclear as to how many farms operate. Feces is an important fertilizer. And, yeah, sometimes it’s inhaled.

The Democrats already want to take away our beef. Soon, they’ll take away the pigs because of what’s going on. What next? Corn because they don’t like that the husks block the sun from the windows of residents living near the fields?

The whole thing is ridiculous.

It is said in the video that “It is environmental racism. Companies put their hog farms in areas that are mainly poor areas with black people and Hispanic people. So I would say ‘people of color.”

Hog farms are placed where there is enough land. It is not as if the companies look for areas with Black and Hispanic people and make the racial thought of putting them in harm’s way.

If Nickelodeon was looking to shock, they accomplished it. Unfortunately, they shocked because of the sheer number of false statements and an incredibly divisive video because of a new form of racism that they have decided exists in the U.S.