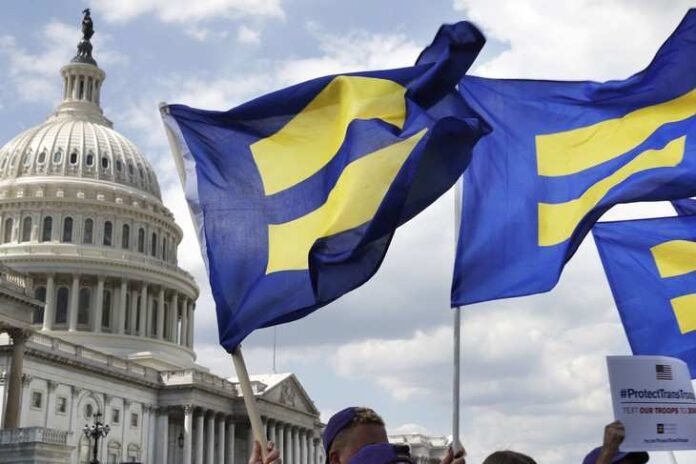 The nasty part about the destructive teachings of the Democratic Party is seen in the hurt lives of people that end up committing suicide because liberals have told them that they have no purpose in life. For a child to be told repeatedly that they are no better than a bug because evolutionary teachings put them on a path to find purpose in life. And when they come to an end and realize that there is no hope in liberalism, they turn to other things such as transgenderism to fill a void in their life.

The liberals are responsible for the circumstances that surround one family that lost a daughter to suicide. This young lady bought into the damaging lies that the liberals press on kids that they can be any gender they choose to be. They are told that they have to change everything to fulfill the proper mandate of making the change.

The drugs and pressures that they are put under at that moment are deadly. The young lady came to the end of her life searching for answers and decided that the only way to alleviate the pain was to end it all. Suicide is never the answer to solving problems because it hurts more people and causes more issues than they will ever know.

After the girl took her life, more problems developed in the home, the nastiness of liberal thought divided the mother and father, who would end up having differences as to whether or not to bury their child as a girl or a boy.

Recognizing his son’s true gender identity in death was too much for the boy’s father and the plans were originally put on hold until they could be resolved in family court. https://t.co/t35psl8rMN

The mother is adamant that the girl should be buried as a boy, and the father insists that she be buried as a girl. The fight raged on to the point that the mother threatened a court battle if the father continued his point. Liberal teachings destroy lives and will tear families apart. But there is never a liberal that will ever reveal that part of the issue.

One report noted that the “boy’s mum said she was prepared to take the issue about his name all the way to the Supreme Court, adding her son ‘would hate’ to have the wrong name on his memorial.”

Her insistence on burying a lie would only drag the matter to family court. The report also stated that “The unnamed mother said her son fought hard for his gender identity, even worrying about the name he’d used at his new school for his email login, but said his father ‘wanted all the ashes’ buried together using his son’s deadname on the headstone.”

The twisted fate of the girl was that she would have two gravesites. Her body would be cremated and then divided up into two jars and placed into two different graves. The parents decided to bury half their child in one location and the other half in another, all for the sake of liberal nonsense.

The mother would have to give in and use the girl’s real name on the death certificate because it had never been changed legally. The child was lost in a fight that ended up with her body being divided.

The destructive nature of the liberal teachings she bought into twisted her mind. One report also stated that “The 15-year-old was diagnosed last year with borderline personality disorder, something his mother said she didn’t learn until the just before he died. She also revealed her son had recently run away from home and stopped taking his antidepressant medication. He had been referred to Perth’s outpatient Gender Diversity Service, but no further details were provided.”

She found no purpose in life because liberalism has nothing to offer. So this girl becomes depressed and is drugged in an attempt to help her overcome worthlessness. All she needed was to be given was a sense of purpose and shown how to embrace her true self for her life to turn around. But the liberal teaching kept pushing her into despair.

The liberals only care about themselves. They give no thought as to the destructiveness of their ideology. And, of course, they will try and blame it on other things so that they do not have to answer for their part in the death of this young girl.