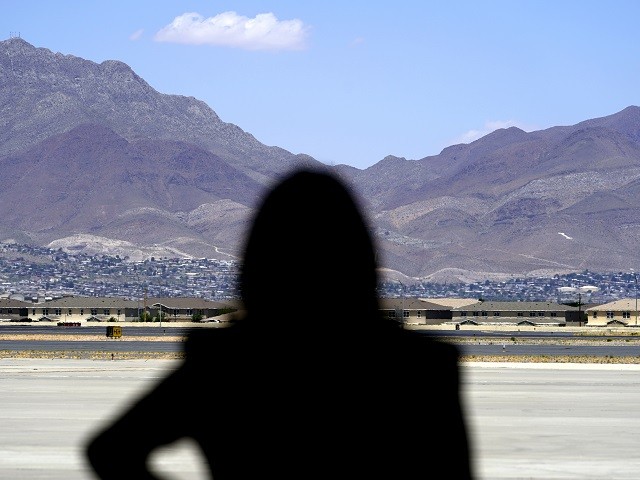 McCarthy, in his statement, invited the “Vice President to brief Members of the Republican Conference next week to provide an update on the Administration’s plan to secure our southern border and our country,” adding that it is time that President Joe Biden and Harris start to “put the safety of Americans first.”

“Immediately after President Biden was sworn into office, he dismantled many policies in place that had kept our border safe and illegal border crossings low,” McCarthy said in his statement. “Biden’s dangerous immigration orders immediately led to a historic crisis along the southern border.”

Under the Biden Administration, over 1.2 million migrants have been apprehended entering our country illegally — and that’s just who our over-worked and under-resourced Border Patrol agents caught. Recently, over 10,000 migrants have surged to the border in Del Rio. It is no coincidence this is happening as Democrats in Congress are moving to pass legislation that would grant immediate citizenship for up to 10 million illegal immigrants. This is a wakeup call to Democrats that their policies are putting American lives in danger and must be abandoned.

Among the migrants illegally crossing, Border Patrol agents have apprehended individuals on the terrorist watch list and seizures of the fatal drug Fentanyl have increased dramatically. This is not just a humanitarian crisis, this is a direct threat to the safety of Americans across the country.

“The Biden Administration must recognize this for what it is: A National Security Crisis,” McCarthy continued. “As such he must fully deploy the National Guard to the southern border to help our Border Patrol agents with more resources to control the situation.”

“It also has been reported that the airspace over the border had been restricted to a news organization. I understand it has recently been reopened but great clarity is needed on why it was closed in the first place,” the minority leader added.

Breitbart Texas reported that the Federal Aviation Administration (FAA), citing “special security reasons, had “issued a Notice to Airmen (NOTAM) forbidding any drone flights over and around the Del Rio International Bridge.”

“The ruling prohibits news coverage of the area where more than 11,000 mostly Haitian migrants are being held in a makeshift camp under the bridge,” the report added.