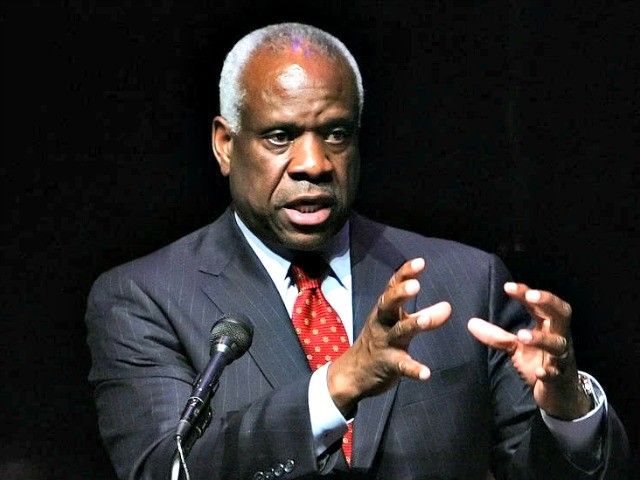 “I think the media makes it sound as though you [justices] are just always going right to your personal preference,” Thomas explained at the University of Notre Dame about the subtleties of law.

“So if they [media] think you are anti-abortion or something personally, they think that’s the way you always will come out,” Thomas said in relation to the establishment media falsely portraying the heartbeat ruling as a partisan blow to Roe v. Wade.

“They think you’re for this or for that. They think you become like a politician,” he stated. “I think the media makes it sound as though you are just always going right to your personal preference.”

Contrary to the media’s narrative, which spun the outcome of the case to be singly about the politicization of ending the practice of aborting babies, the Court on September 1 ruled 5-4 that it did not have jurisdiction to weigh in on the case at this particular juncture.

Therefore, the Court did not block the Texas law banning abortions after a heartbeat can be detected at six weeks of pregnancy. The Court did, however, permit legal challenges to the law to proceed in lower courts.

Justice Thomas is not the only justice to have recently defended the Supreme Court against partisan pundits and congressional demands to expand the Court past nine justices.

U.S. Supreme Court Justice Amy Coney Barrett told the University of Louisville in mid-September the court is “hyper vigilant to make sure they’re not letting personal biases creep into their decisions, since judges are people, too.”

“Judicial philosophies are not the same as political parties,” Barrett said, eluding to the Texas heartbeat case and the High Court’s lack of jurisdiction over the suit.

“To say the court’s reasoning is flawed is different from saying the court is acting in a partisan manner,” Barrett explained. “I think we need to evaluate what the court is doing on its own terms.”