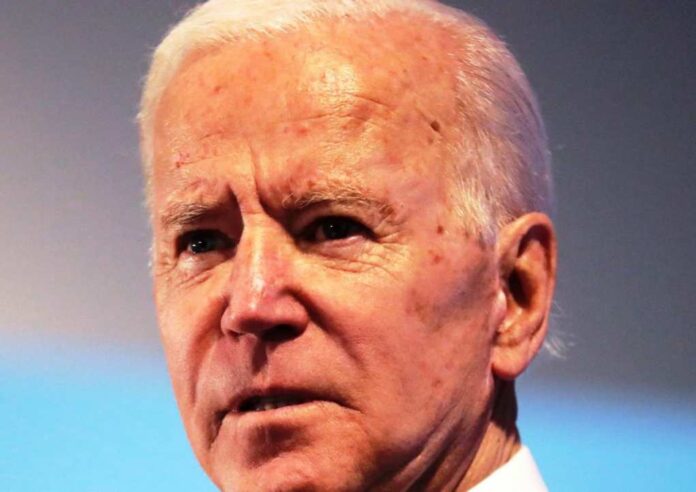 It seems that every time a major issue begins to take control of the nation, the first step Democrats take (that is, after ignoring it for as long as possible) is to change the language of the situation, supposedly making it more acceptable to the public and less offensive.

Take the ongoing issue with transgender athletes in school sports, for instance.

Instead of working to solve the problem or work with state leadership to make a compromise that works for both parties, the first action Speaker of the House of Representatives did was to change House rules to ban the use of terms like brother, sister, mother, father, etc. From now on, members of the House must instead use words like they and them.

While not actually doing anything, this gives the illusion that the House is concerned with the issue and will soon decide on it.

President Joe Biden seems to be doing much of the same with the border crisis he has created.

Biden has chosen not to make any moves to solve the ongoing flood of illegals coming into our nation but to simply direct the agencies at the southern border to change the wording used to describe those assaulting our border.

Instead, Customs and Border Protection (CBP) and Immigration and Custos Enforcement (ICE) are to phrases that substitute the word “noncitizen,” such as “noncitizen unaccompanied children” and “undocumented noncitizen.” Rather than using the word assimilation, “civic integration” should be used.

The policy was to go into effect on April 19, of course, to prevent anyone from being offended.

However, U.S Border Patrol Chief Rodney Scott is refusing to “endorse” the change.

According to Scott, the U.S. Border Patrol Agency has and always will be apolitical. As a federal agency tasked with the safety of our borders, it must. But Biden’s new policy threatens that, and not just because it’s a Democrat ordering the change.

Basically, it all boils down to the fact that the law doesn’t back up Biden’s new policy.

He writes, “Despite every attempt by USBP leadership to ensure that all official messaging remained consistent with law, fact, and evidence, there is no doubt that the reputation of the USBP has suffered because of many outside voices. Mandating the use of terms which are inconsistent with law has the potential to further erode public trust in our government institutions.”

And that’s why he has instructed Miller not to enforce these terminology changes “until the U.S. Citizenship Act of 2021 is enacted.”

Under the current Immigration and Nationality Act, the word alien is a legally defined term and an acceptable one. And so, until that changes, Scott will continue to use and refuse to punish those under him who choose to do likewise.

It goes without saying that the whole policy is pretty much useless. I mean, how long do you think it took Biden and his cronies to drum up this new rule? No doubt, it had to pass all sorts of inspections and be approved by numerous departments.

That’s time and money that Biden and his staff could have been using on things that could actually matter and make a positive change to situations at the border. You know, like approving and funding the creation of new migrant processing centers.

This is just one thing that a newly proposed bipartisan bill co-sponsored by Arizona Democrat and Senator Krysten Sinema and Republican Senator John Cornyn of Texas includes.

In addition, The Texas Tribune notes that the bill would include “expanding and improving legal and translating services in asylum cases, focusing on protections for unaccompanied children to eliminate placement with sex offenders and child abusers, and increasing the number of judges, asylum officers, Immigration and Customs Enforcement staff, and Customs and Border Patrol workers near the border.

Surely Biden and his highly experienced staff could have thought of stuff like this instead, right?

Apparently, not. It’s clear they’d rather waste both the nation’s time and money, all while keeping up the very same inhumane practices and worse than their kind accused Trump of doing.