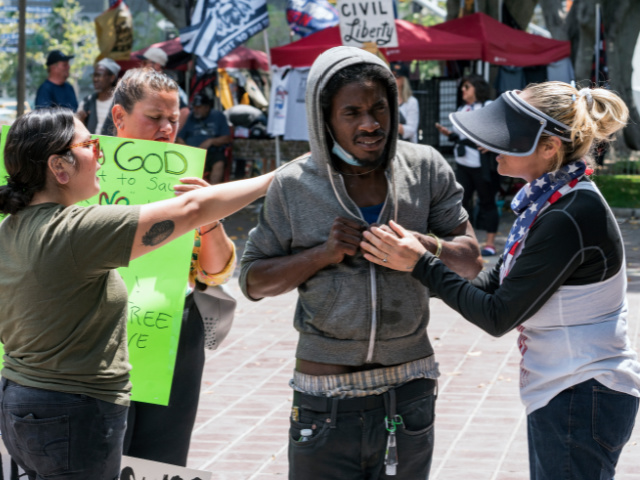 My beliefs on this are straightforward:

Oh, and then there’s this one…

The organized left is deliberately putting unvaccinated Trump supporters in an impossible position where they can either NOT get a life-saving vaccine or CAN feel like cucks caving to the ugliest, smuggest bullies in the world.

In other words, I sincerely believe the organized left is doing everything in its power to convince Trump supporters NOT to get the life-saving Trump vaccine.

I’m sorry, but people willing to drone strike seven children and who are eager to unleash terrorists like Antifa and Black Lives Matter into our cities are sociopaths. The left’s morality is guided only by that which furthers their fascist agenda, and so using reverse psychology to trick Trump supporters NOT to get a life-saving vaccine is, to them, a moral good. The more of us who die, the better.

This brings me to what I said at the beginning…

This bizarre focus from the ATVs on China Flu “cases.”

What does the number of coronavirus “cases” have to do anything?

Well, it proves the virus is still spreading even after more than half the country is vaccinated!

Israel’s almost fully vaccinated, and look at all their CASES!

Who gives a fuck about any of that?

The left uses “cases” to justify locking us down and shoving us in those filthy masks.

The ATVers use “cases” to argue the vaccine doesn’t work.

I’m sorry, but “cases” are meaningless when it comes to this virus.

The only numbers I care about are HOSPITALIZATIONS and DEATHS. There is simply no question that America’s now dealing with a pandemic that is almost exclusively killing and hospitalizing the unvaccinated.

The “cases” talking point is so absurd it’s why I question the authenticity of those making it. Could it be that the left has created thousands upon thousands of sock puppet accounts so that every time someone like myself suggests a Trump supporter gets a life-saving vaccine, a flurry of sock puppets jump in to muddy the waters?

Gee, you think maybe the same organized left that drones seven children, unleashes Black Lives Matter and Antifa into our cities, and seeds the country with thousands and thousands of unvaccinated illegal aliens during a pandemic might be capable of doing something like that?

What more do you need to know than that?

As a colleague of mine said, Why are you willing to take a risk with a virus made in China but not a vaccine made in America at the direction of President Trump?

I’m vaccinated. My wife is vaccinated. The chances the unvaccinated can harm is so remote I’m not concerned about it. So I’m not telling or badgering anyone to go out and get vaccinated. That’s your choice. But I am telling you to find a better argument.