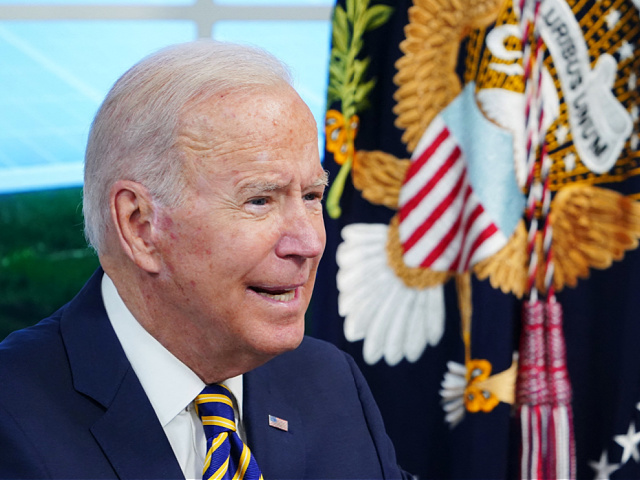 According to the Dallas Morning News/University of Texas-Tyler Poll, only 35 percent of self-identified Hispanics in the Lone Star State approve of President Joe Biden, while 54 percent either disapprove (20 percent) or strongly disapprove (34 percent).

The poll, conducted September 7-14, surveyed 1,148 registered voters in Texas and has a margin of error of 3.7 percent.

Beyond party lines, current Texas Gov. Greg Abbott (R) also had a poor approval rating among Hispanics (37 percent) versus a 52 percent disapproval rating. That may or may not stem from the fact that a majority of Hispanics (57 percent) in the state strongly supported mask mandates in K-12 schools versus just 12 percent opposed.

Perhaps more disconcerting for Democrats, the poll further showed a sizeable majority of Hispanics (54 percent) favored overturning Roe v. Wade versus the 46 percent in favor of the status quo. The poll comes as Texas faces extraordinary amounts of international scrutiny for banning abortions after a fetal heartbeat is detected, which usually occurs at about six weeks.

On the issue of Joe Biden’s handling of the current border crisis, the president enjoyed a meager 29 percent approval rating from Hispanics versus a 47 percent disapproval rating — a full 18-point split.

President Joe Biden’s national approval rating has been steadily sinking for the past month following his botched pullout in Afghanistan and his call for a federal vaccine mandate, during which he castigated unvaccinated Americans as selfish, unthinking, uncaring stalwarts.