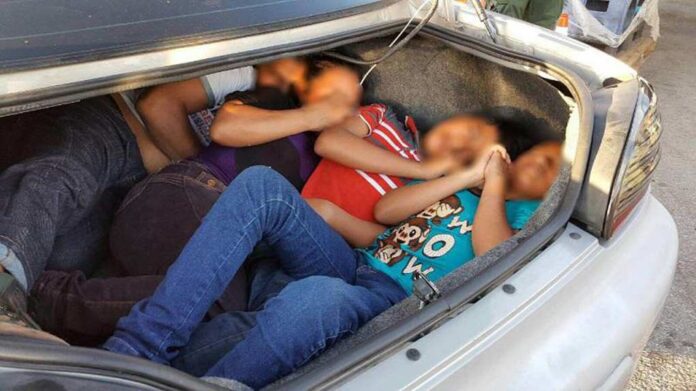 We all know words have power. It’s seen every day as humans choose to either create joy or destruction with their words. But nowhere is that power more seen than in the court of law.

It is here where a single word can be the deciding factor of someone’s entire life.

Agusto Niz-Chavez, an illegal alien, was applying for discretionary relief, which under federal immigration law, may be given “if, among other things, they can establish their continuous presence in the country for at least 10 years.”

Niz-Chavez, who currently lives with his family in Michigan, has been in the US illegally since 2005.

Now, also according to federal law, that “continuous presence” can be stopped. The “stop-time rule” states that continuous-time ‘shall be deemed to end… when the alien is served with a notice to appear in a removal proceeding.”

This notice must include “the charges against the alien and the time and place at which the removal proceedings will be held.” If any statement omits this “required information,” the stop-time rule is not triggered.

According to Fox News, Niz-Chavez received a notice in March of 2013, a full two years shy of when his continuous time of ten years would have ended, including the list of charges against him. A second notice was sent out in May of that same year, indicating the time and place of his removal hearing.

Now, for most of us, we would probably assume that since notices were sent out, and before his whole ten years in the US was up, this would trigger the “stop-time rule” and make him ineligible for discretionary relief.

However, according to the Supreme Court, there’s just one little problem. And it all boils down to one single, and very short, word: a.

The law states that the stop-time rule is put into effect when a notice is sent to the alien. Niz-Chavez was sent two statements, which together included all the required information.

And since the government decided to send two and not one to him, the court ruled that the stop-time rule was not enacted, meaning Niz-Chavez has now had a continuous presence of more than ten years.

Gorsuch wrote in the court’s opinion on the case, “At one level, today’s dispute may seem semantic, focused on a single word, a small one at that. But words are how the law constrains power. In this case, the law’s terms ensure that, when the federal government seeks a procedural advantage against an individual, it will at least supply him with a single and reasonably comprehensive statement of the nature of the proceedings against him.”

Gorsuch continued, saying, “At first blush, a notice to appear might seem to be just that – a single document containing all the information an individual needs to know about his removal hearing. But, the government says, supply so much information in a single form is too taxing. It needs more flexibility, allowing its officials to provide information in separate mailings (as many as they wish) over time (as long as they find it convenient). The question for us is whether the law Congress adopted tolerates the government’s preferred practice.”

And their answer is a clear no.

Now, I can get behind this to some degree. Gorsuch is right; words are essential, no matter how small. And if the federal government chooses to ignore one of those words to take advantage of the law, well, that’s not exactly fair or just.

However, that doesn’t make what Niz-Chavez did, breaking our laws by coming into this country illegally, right.

As Justice Brett Kavanaugh wrote his dissent, “I find the Court’s conclusion rather perplexing as a matter of statutory interpretation and common sense. The Court today casts aside the Immigration Judge’s order and allows Niz-Chavez to go back to immigration court to seek cancellation of removal. Why?”

Because apparently, he didn’t receive the “proper notice of his removal proceedings because he received notice in two documents rather than one.”

And as Stephen Yale-Loehr of Cornell University says, it sets significant precedence for illegals everywhere going forward, giving them “a second chance” at staying in the US.