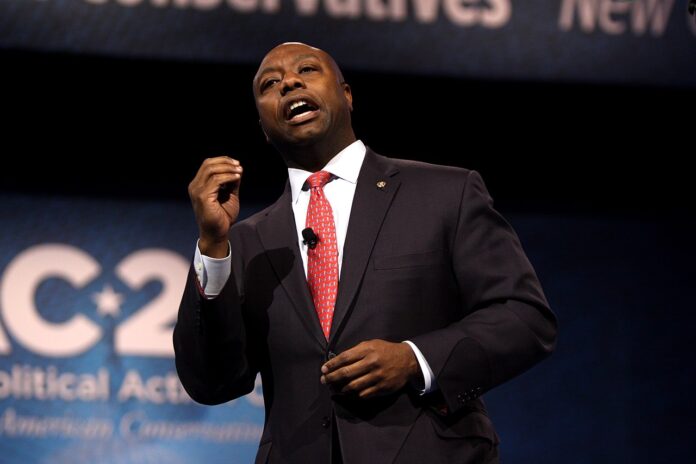 Republican Sen. Tim Scott (R-SC) tore into Democrats after they made multiple racist attacks on him after his Wednesday evening rebuttal speech to President Joe Biden’s speech to Congress.

Scott, who is Black and unpopularly conservative for being so, was trending on Twitter with the phrase “Uncle Tom” attached, which is a well-known slur that indicates a black man is selling out or being used as a pawn to a white person. That slur was particularly offensive to the proudly conservative Republican who pushed back on Fox News Thursday morning.

“Did we not learn the lesson the first time around? I’ll just tell you that it has been an amazing morning with so many good people calling. But the Left, they have doubled down. They are not going to attack my policies, but they are literally attacking the color of my skin. You cannot step out of your lane according to the liberal elite Left,” Scott said.

Scott’s assessment was not at all far-fetched, as was demonstrated by “The View” co-host Sunny Hostin, another person of color, who claimed that Scott was chosen to give the rebuttal because of his skin color (seeming to indicate that merit had no part in the decision).

“Why was he chosen to give this rebuttal? He was chosen because he is the only black Republican senator,” she said.

“He is that person. He is the person that Republicans want to put out front because of the problem of racism in this country and he knows that. So I was sort of disappointed that he was used in this way and didn’t take that opportunity to address that type of — this type of issue head-on. That was a disappointment to me.”

said that “America is not a racist country” when he was delivering his speech. He attacked the identity politics so often practiced by the left:

“When America comes together, we’ve made tremendous progress,” Scott said. “But powerful forces want to pull us apart. A hundred years ago, kids in classrooms were taught the color of their skin was their most important characteristic — and if they looked a certain way, they were inferior.

“Today, kids are being taught that the color of their skin defines them again — and if they look a certain way, they’re an oppressor. From colleges to corporations to our culture, people are making money and gaining power by pretending we haven’t made any progress at all, by doubling down on the divisions we’ve worked so hard to heal.

“You know this stuff is wrong. Hear me clearly: America is not a racist country. It’s backward to fight discrimination with different types of discrimination. And it’s wrong to try to use our painful past to dishonestly shut down debates in the present.”