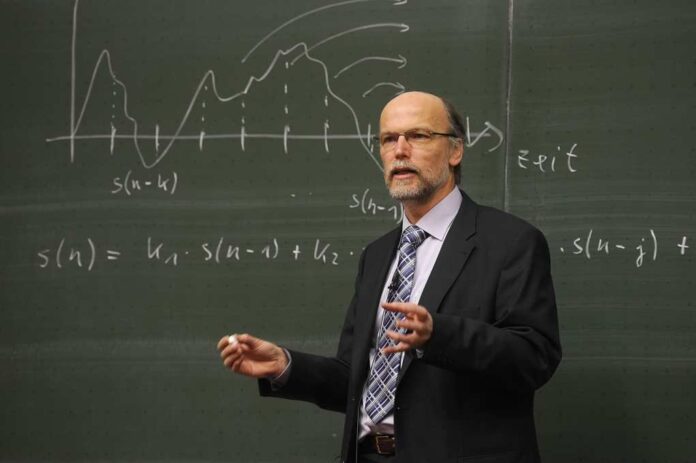 It is a great thing when liberal Democrats make a mockery of themselves when they are caught in front of a live mic. When they conveniently forget that their microphones are on, they have a way of showing their true feelings of people and circumstances. And the things they reveal are usually hateful and evil towards other people.

Such is the case for two socialist-minded teachers from Roosevelt University. These two socialists also serve on the school board for Oak Park and River Forest High School. They should be student-oriented, but their revealed conversation shows that they are relatively happy to do things to students other than help educate them for their futures.

Most speakers triple-check the mic before ever saying any words around it. They know that what they say can be caught recorded and used to embarrass them by the hurtful media. These two teachers would learn the hard way to make that check before opening their big mouths.

Their conversation centered around educational teaching and the ideology of social justice.

One of the teachers would brag to the other that “I mean, it’s all social justice. All day, every day, I get to talk about the things I love. I’m really living the life over here.” Her job is to teach future teachers about middle school and how to work through those teaching moments.

The other teacher stated very clearly, “Yeah, I always flip out the kids that take my master’s class on fiscal policy and public budgets when the first three or four classes are devoted to the philosophy of social justice and how you organize society. We don’t talk about one…budgetary item. They’re like, ‘Ah man, Professor Martire, this is a really weird way to teach a budget.’”

His job is to teach students about budgeting and incorporate it into aspects of life and business. But instead, he goes on to rant about better ways to “organize society.” These students are paying thousands of dollars to get an education, and all they are getting is liberal indoctrination.

The second teacher believes that if a person does not know their values, they cannot deal with resources in business and make good choices. But the issue is that he is telling the students his personal beliefs and values instead of instructing them on the various options available for life, which is not the subject they paid him to teach them.

Their conversation was being listened to by a lot of people. Everyone enjoyed the window into their souls until a person came along and told them that they were alive. Everyone heard their evil ways.

The first teacher was identified only as Gina and the second as Ralph. He is supposedly a liaison officer between the Illinois Education Association and the National Education Association. His liberal poison is fed through these entities to souls that are just trying to get an education so they can move on in life. And instead, they are recipients of poison that will destroy their futures.

Ralph is also over a place called the Center for Tax and Budget. It “advocates in Springfield for higher taxes, more debt and spending, and higher government employee salaries.” And here, this is the man that is teaching kids about budgeting while lobbying for higher taxes. A desire that contradicts what he is supposedly teaching.

Ralph would butter Gina’s bread by saying that the University is “a great place. I’m so glad you’re there, too. You fit in so well with their, you know, the university’s philosophy and mission.”

The schools were once a place of academics. But now, they have become a platform for liberals to barf their poisonous teachings all over the students. The liberals ran the teachers with morals out of the building so they could reign supreme.

This simple yet profound conversation between these two socialist teachers serves as a wake-up call to the American people. The liberals are in control of the educational centers. It is time for the people to take a stand and demand that all learning centers regain their academic purpose and give up the indoctrination of young minds.