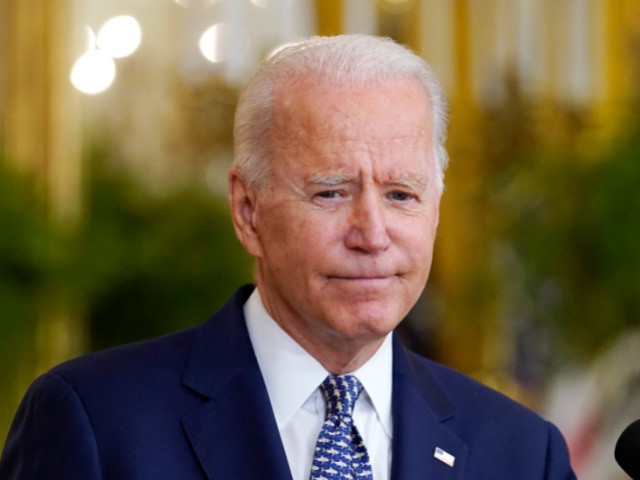 “If any member of Congress is not concerned that this could fall apart, they need treatment,” Rep. Emanuel Cleaver (D-MO) told Politico in reference to the Democrat’s inability to work together.

Sen. Mazie Hirono (D-HI) told the outlet the party is so fractured over the massive tax and spend bill she hopes there is a second plan up Biden’s sleeve.

“I wish that we could all be more on the same page, in terms of timing, of the need to push the [American Families Plan],” Hirono said. “I’m hopeful we are going to have a meeting of the minds and not wait until next year… we better have a Plan B.”

Rep. Dean Phillips (D-MN) added Democrats are lost in a maze of complicated congressional procedures, and no one knows “where this [package] is gonna go.” Phillips also told Politico he holds the Democrat leadership responsible for the mess.

Far-left members are also angry with the very top of the party. Rep. Jamaal Bowman (D-NY) told Politico he is “tired” of the bad Democrat leadership.

“I am very tired of it,” said Bowman. “I don’t think they are making their decisions based on the needs of the American or even the people in their own state.” He added that they seem more motivated by “corporate interest.”

Rep. Alexandria Ocasio-Cortez (D-NY), a far-left radical who refuses to pay her dues owed each year to the Democrat Party, has almost given up the fight of passing Biden’s agenda and is ready to compromise.

“There is absolutely a level where it’s not just something is not better than nothing, but something can actually do more harm,” said Ocasio-Cortez about the package. “That’s why we are holding firm on our line. This isn’t just a flight of fancy.”

Sen. Joe Manchin (D-WV) and Sen. Kyrsten Sinema (D-AZ) have said they will not vote for such a massive $3.5 trillion package.

Sinema has reportedly requested House Speaker Pelosi (D-CA) honor her promise of commencing a vote for the Senate-passed $1.2 trillion infrastructure bill on or before September 27. If the House fails to meet the deadline, Sinema will reportedly not support Biden’s $3.5 trillion reconciliation package.

On Sunday, the Senate parliamentarian canceled the Democrats long shot proposal of including amnesty into the deal, throwing a wrench into Democrats’ plans of how to further reduce wages for the American family.

Biden’s package has also faltered in committee due to two Democrats voting against prescription drug negotiations that would have raised money for the far-left package.