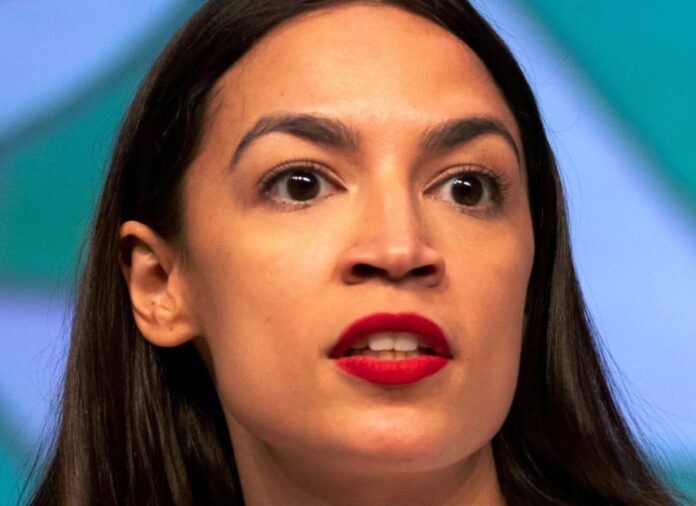 When now-President Joe Biden first won the Democratic Party’s nomination for the position, nearly everyone assumed that the far political left wouldn’t be too thrilled. After all, that meant their preferred candidate and self-proclaimed democratic socialist Bernie Sanders was out. Secondly, it proved that America wanted a more conservative leader and administration.

However, since that time, it seems the more center-leaning president isn’t so center-leaning after all. In fact, if his first 100 days have proved anything, it’s that he’s much more of a leftist than anyone really knew – possibly even himself included.

And, of course, that means those with near socialist tendencies and policy ideas have had a surprisingly pleasant last 100 days.

When Biden was first announced as the DNC’s candidate, she made it quite clear that she and those on the fringes of her party were deeply disappointed. She and her cohorts had been pushing for radical change and against the party’s establishment since their initiation into Congress.

While most of her ideas were and still are entirely un-American, her case against the swamp of Washington was somewhat noble. I mean, she claimed to have a deep-seated sense of ethics, no matter how askew they might have been, and she was sticking to those.

The choosing of Biden might as well have been a slap in the face to her and all of her hard work to move the country leftward.

And yet, now that Biden has fully engrained himself as our commander-in-chief, it seems all her worry was all for naught.

She has even recently commended the ever-leftward falling leader and his administration, praising his efforts to move away from “conservatism.”

During a virtual town hall meeting in late April, the New Yorker was noted to have said, “The Biden administration and President Biden have definitely exceeded expectation that progressives had. I think a lot of us expect a more conservative administration.”

There’s just one little problem with her statement.

While Biden’s policies and executive orders are for sure more progressive than most expected, they have allowed for the same egregious mistakes that AOC and the political left decried were so wrong during the Trump administration.

Remember in 2018, when AOC was campaigning for her congressional seat and took a trip to the US/Mexico border and literally cried for the conditions children “in cages” were claimed to have been in down there?

Photographer Ivan Pierre Aguirre captured these supposedly genuine tears and posted them on Twitter for all to see just how concerned AOC was about the situation at our southern border.

And a year later, for the anniversary of when these photos were taken, AOC made a post of her own, again decrying the horrible conditions then-President Donald Trump had put these kids in.

She wrote, “I’ll never forget this, because it was the moment I saw with my own eyes that the America I love was becoming a nation that steals refugee children from their parents,&caged them. More kids died after this. To date, no one has been held accountable. We need to save these kids.”

Fast forward a few years, and things at the border are worse than ever – and not because of Trump’s policies. Biden made sure to eradicate all those.

There are endless photos showing kids in now-literal cages, reports of child abuse and molestation, and don’t even get me started record numbers of adults in the same situations.

And yet, when AOC decided to visit this time to see it for herself, she didn’t seem to have a problem with any of it. Why? Well, because Biden is making other decisions, such as the cancelation of millions of jobs in the name of climate change, that she really likes.

So, she’s going to keep her mouth shut on the atrocities happening all along the border, no matter how bad they get. She’s going to forget that she might have seen hundreds of migrants packed in like sardines into unsanitary stalls and treated just another number. She’s going to ignore the images of children huddled together in masses on the floor.

And all in the name of the power and wealth she could attain under a president who seems to like her ideas.

Talk about the ultimate hypocrisy…