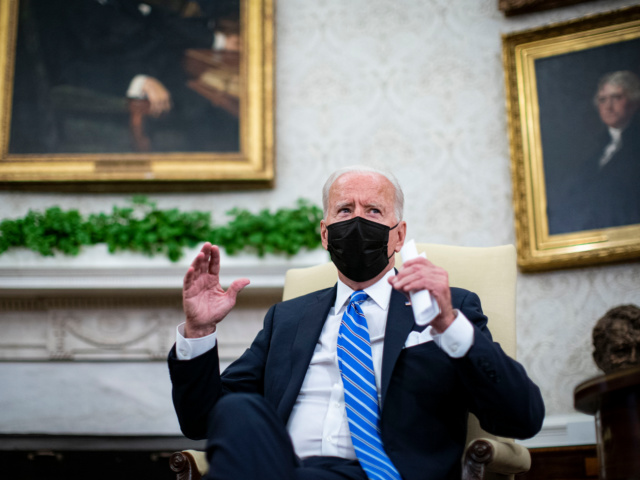 Reporters leaving the Oval Office were visibly upset by Biden’s refusal to take questions and by press wranglers who shouted over the president when he seemed to be trying to speak.

The press pool was also upset that press wranglers shouted so loud, demanding that reporters leave, that no one could hear Biden’s attempted response to a question from a reporter about the border.

“Psaki was unaware that the incident had occurred, and suggested that she was not in position to offer an immediate solution,” Portnoy wrote.

He said that he requested that the president hold a press conference, prompting Psaki to remind reporters that “the president takes questions several times a week.”

But Biden has been silent for nearly a week as problems for his administration stack up.

The president still has not addressed the drone strike in Afghanistan that killed ten civilians including seven children and zero terrorists.

He also has not addressed the latest border crisis as over 15,000 Haitians traveled to a makeshift camp at a border bridge in Texas to enter the United States.