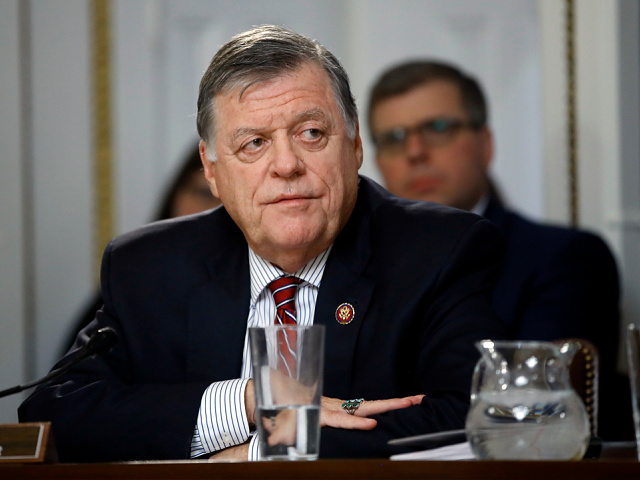 “I understand that some of my Democratic colleagues oppose giving aid of funding to Israel,” a Fox News reporter tweeted Cole’s statement. “But the Iron Dome is a purely defensive system used to intercept incoming short range rockets launched at Israel by terrorist organizations.”

Radical House Democrats have pledged to block a government funding bill if the funds for the Iron Dome are included. Many Democrats signed a pledge this summer to block arms sales to Israel. But the Iron Dome, as Cole pointed out, is purely a defensive mechanism.

Defunding the Iron Dome perhaps alludes to the panicked position the Democrat leadership finds themselves. The Democrat-controlled Congress must pass a funding bill and also suspend the debt limit within days to stop a government shutdown when current government funds dry up at the end of this month.

Democrat leadership capitulating to the far-left is perhaps the only way the party may be able to satisfy many radical members within their ranks to pass the bill.

If the funding bill does pass the House, the measure has little chance of passing the Senate, where Democrats need ten Republican votes.

Upon hearing the idea of defunding the Iron Dome, Rep. Kevin McCarthy (R-CA) said the left’s antisemitic influence is controlling the Democrat Party.

“While Dems capitulate to the antisemitic influence of their radical members, Republicans will always stand with Israel,” he said.

“Speaker Pelosi JUST caved to the socialists and yanked funding for Israel’s Iron Dome from the government funding CR bill. Dems can’t even keep a promise for 24 hours,” Hice tweeted.