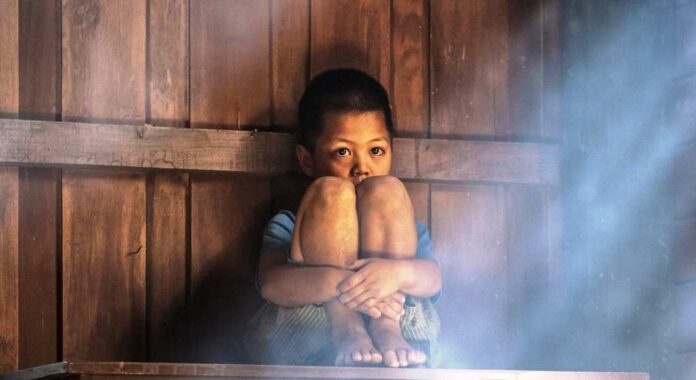 The darknet site was appropriately named “Boystown” and was operating out of Frankfurt. Prosecutors in the case along with the German Federal Criminal Police Office issued a joint statement saying that the site’s three administrators were arrested in April. They were all three German citizens though one of them was living in Paraguay where local officials gladly lent German authorities a helpful hand in nabbing the creep.

The platform was “one of the world’s biggest child pornography darknet platforms” and had been operational since 2019, or perhaps even longer under a different name, according to investigators. Hard-breathing pedophiles could not only drool over videos of children, which included toddlers, but they could also exchange their own favorite videos, some of which disturbingly, homemade. All nationalities of children were available for viewing pleasure. Pick any spot on a world map.

Altogether, investigators completely scoured seven buildings in Frankfurts downtown area, well known for its legal houses of ill-repute, especially by young US servicemen stationed in the area, searching for the brass ring to shut down the operation. It’s unknown if any of the investigators stopped in for a ‘quickie’ during their hunt. They have each other’s backs so apparently, mums the word.

As difficult as this already is to stomach, the joint statement said that among the confiscated videos and photos they found “images of most severe sexual abuse of toddlers.” Repeat. Toddlers…

Users of the site are also being checked out thanks to Europol, a huge European database that shares criminal information. In addition to the German police task force doing their own thing, they also recruited the help of the United States and Canada, Sweden, Australia, and the Netherlands, Sweden.

Lots of worried whackos will soon have some explaining to do. 40,000 of them, give or take. The authorities have already nabbed one of them who stood out among the other subscribers. Attributed to posting over 3,500 gruesome photos and videos, the guy was the site’s most active perv.

He’s a 64-year-old from Hamburg who is now residing in the uncomfortable presence of his fellow inmates who don’t like his kind and are no doubt dishing out their own forms of punishment. He’s awaiting trial if he lives that long. Bail is not an option.

The three administrators of the site, all men worthy of castration, or worse, are also receiving their just rewards in the end, though it’s not over for them yet. They are a 40-year-old from Paderborn, a 49-year-old man from Munich, and a 58-year-old who has resided in Paraguay.

As administrators, it was their role to offer sound advice to their subscribers. The advice was inclusive of the most surefire methods for not getting caught by law enforcement while diddling on the site. The contents of the other advice have not been released, and it may never be made public due to its graphic content. You may feel differently, which we hope not, but we certainly don’t want to know. We’ll stick with assuming on this one.

The guy in Paraguay is awaiting extradition to Germany and due to Deutschland’s privacy laws, no names have been released. They’ll be released following the trial if convicted, which they very harshly will be.

Following the April raids, this particular platform is now gone forever. And though it may have been one of the largest child pornography sites in the world, things of this nature don’t go away. A similar site will pop up to join the hundreds, or perhaps even thousands, of them already in existence.

Law enforcement agencies joining hands around the globe to hunt down the users of such sites is the best deterrent for getting these sickos off the streets and away from our own children, grandchildren, and so forth. They are vermin, and they come in all nationalities.