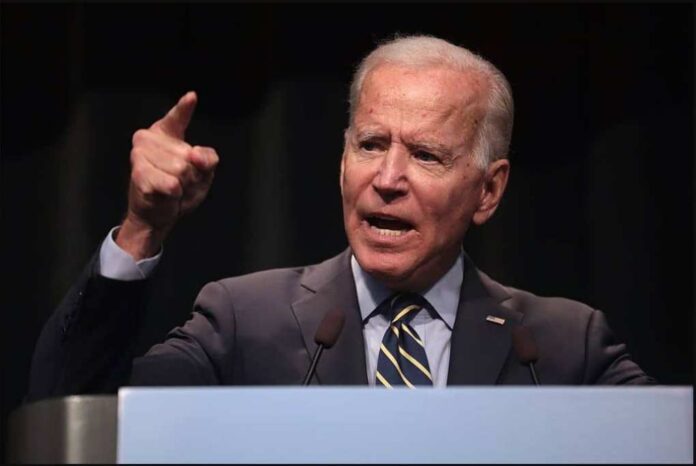 Joe Biden is as anti-military as he can get without becoming a terrorist himself. As a Democrat, he seeks to cut military funding and strip away veterans’ benefits for defending their country from domestic and international invaders. Veterans are a unique group of people that know what it means to be an American. And when their Commander in Chief neglects them, they look for another way to help each other out.

For over 32 years, the American Veterans organization has met at the Pentagon for their yearly meeting Rolling to Remember event. Each year the veterans get together on Memorial Day to celebrate the holiday and remember the price of freedom.

But this year, the event is being met with hostility. The Democrats hate veterans because they represent the price of freedom. They have fought for America and stand for what makes America great. The liberals cannot stand the military because they are the blockade that will hold the Democrats back as they try and destroy the country’s constitutional freedoms.

The force behind the denial of the permit is the woke idea that liberals are pushing around. Somehow the concept of being a veteran and celebrating Memorial Day is a racist idea. The excuse that Biden is giving to the heroes is that virus is still causing problems so that no one can get together.

The denial letter stated that “Unfortunately, the department has disapproved AMVETS permit request. The department took into careful consideration all aspects of AMVETS request, to include the current Health Protection Condition status on the Pentagon Reservation; substantial community transmission of COVID-19 in Arlington County, Virginia; number of Americans fully vaccinated across the nation; nature of this event with its decreased ability to maintain physical distance; and large crowds in one location for an extended period of time. This event draws national attention and participation; therefore the risk of exposure from participants from other communities extends well beyond the National Capital Region.”

The long list of consideration points negates the refusal to allow the permit. The viral numbers are in sharp decline, and millions of people have been vaccinated. And of course, there is the matter of the sun kill the virus quicker than any agent man can produce.

The agency that denied the permit is using an old argument to keep these people from getting together. The excuse of COVID-19 may have worked in 2020, but a full year later, there has been fantastic progress in combating the disease. People can now wear masks and even get a shot to become immune to the virus. But the Democrats throw that evidence out of the window and ignore pure science.

The agency is also claiming that they will allow them to meet if the virus is gone by then. They wrote that “The department looks forward to supporting future events with AMVETS, and as always, we appreciate AMVETS’ support of our veterans, their families, and their communities, including promoting better awareness of veterans’ issues, as well as AMVETS continued support for our missing-in-action service members.”

The veterans have gotten together for over 32 years in a parking lot located outside. The initial request to gather was submitted over a year ago. And they are just now hearing back. It sounds like the liberals have ignored them because they are not staunch supporters of the liberal agenda.

These are men and women that have fought for and served the country so everyone else can live in freedom. They should be allowed to assemble to remember the fallen and the missing in action.

But Joe Biden is more concerned with attending a car rally than supporting the veterans that make that even possible to have. Joe Chenelly is the National Executive Director of AMVETS. He stated that “It’s very disappointing and for our members. There’s been shock and deep disappointment expressed to us.”

The Democratic Party hates the military and hates everyone that has ever served in the military. The liberals want to tear down the country, but the military builds it up and makes sure that people stay free. The veterans of America do not deserve the treatment they are getting at the hands of the liberals. And they wonder why they vote Republican in every election.