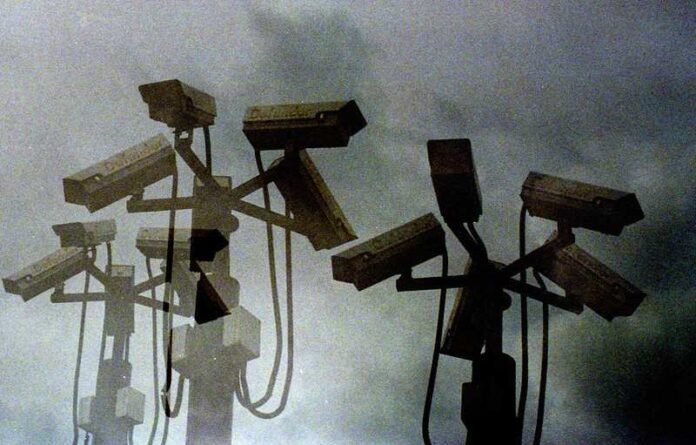 The ultimate Big Brother project is happening in China. They use cameras and facial recognition systems to establish a social credit system for its citizens. Good behavior gets rewarded while bad behavior gets punished.

It’s easy to see that this is not the system that we want to adopt in the United States. China and its spying, communist ways can stay thousands of miles away.

In the United States, we believe in democracy and freedom.

Yet, the Biden administration is hinting that they want to operate a lot more like China than any American should be comfortable with.

The Biden administration has been considering partnerships with various private cybersecurity firms. It would allow them to both gather and monitor online data.

The Department of Homeland Security has been exploring a plan where they could circumvent limits on intel gathering. Essentially, they could gather data on anyone at any time without the need for warrants.

As of right now, based on the laws of the U.S. government, federal agents are only allowed to scroll through public posts on social media. The use of burner accounts is strictly forbidden to follow private accounts or to enter private chat rooms.

This is when the private cybersecurity firms would be useful – the DHS can choose to use these firms to engage in such forbidden practices.

The Biden admin is considering using outside firms to track extremist chatter by Americans online, an effort that would expand the govts ability to gather intel but could draw criticism over surveillance of citizens. @ZcohenCNN & @KatieBoWillCNN reporthttps://t.co/VI7wbYvLXJ

Surveillance is a touchy subject – and one that draws a significant amount of criticism. Where is the line between government rights and privacy?

No American citizen should be okay with the government accessing anything and everything that they want – especially if it’s being done without a warrant.

Who should be surveyed? Everyone? Only those who have reasonable connections with far-left and far-right extremist groups? It’s a gray area that both Republicans and Democrats are trying to figure out.

Republican Senator Tom Cotton of Arkansas had said that “there was a clear failure” by federal security to prepare for the riots. Those on both sides of the party lines have said that security officials failed to estimate the number of people who would storm the Capitol – and it is believed that using private cybersecurity firms would be able to provide better preparation for future attacks.

It has been estimated that one-third of those charged with entering the Capitol during the January 6 riots used Facebook as a way of planning their moves. If the Biden administration moved forward, it would empower DHS and the Office of Intelligence and Analysis to partner with outside firms so that social media users would be surveilled.

The problem with such a move is that it would give DHS the pass to avoid warrants in the future. Right now, if the government wants to access private messages and social media accounts, they require a warrant. Now, all it takes is the social media firms looking at anything they want and informing DHS.

If we allow private firms to begin surveilling Americans without their knowledge, we’re one step closer to being the Big Brother of China. All it takes is one liberal decision to say that it’s time to add cameras with facial recognition systems on every major street in the U.S. It would be such an easy thing for that to be added into the “infrastructure” plan that Biden and Democratic Congress is working to pass.

If the Facebook bots send us to jail because they don’t understand sarcasm, what hope do we have of defending a bad joke to the Department of Homeland Security? There’s no way that this can end well – and if the Biden administration moves forward, we’ll no longer be the land of the free.