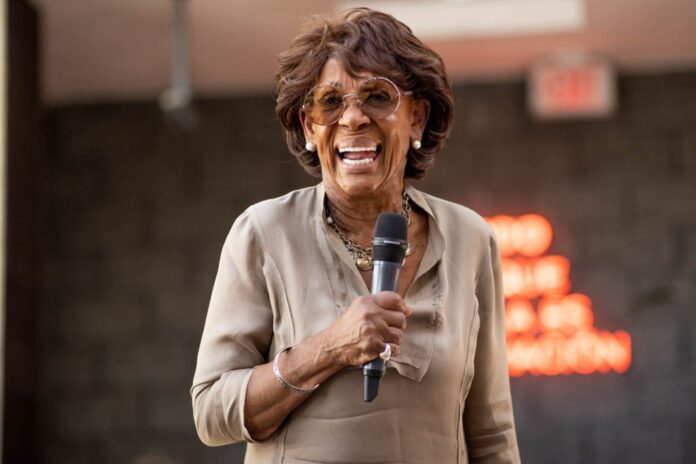 “The Texas legislature voted to interfere with a woman’s right to choose & they’re rewarding vigilantes for coming after women & their doctors. Today, I voted to pass the Women’s Health Protection Act. Governor Abbott, this one’s for you!” she said, using the hashtag, #LeaveWomenAlone:

Waters’ slight to Abbott follows the enactment of the Lone Star State’s pro-life law, which bans abortions after a fetal heartbeat is detected.

The Democrat-led House passed the bill, Women’s Health Protection Act, 218-211, with no support from Republicans, who blasted the brutal nature of the legislation.

“Socialist Democrats’ radical, pro-abortion position has shifted from ‘safe, legal, and rare'[1] to, in some places, pro-infanticide,” Rep. Mo Brooks (R-AL), who voted against the bill, said in a statement.

“Their extreme position is repulsive and science denial of the first order because science confirms that human life begins at conception,” he continued, identifying America as “one of only seven countries worldwide that allows abortions after 20 weeks.”

“That puts America in the same category as notorious human rights abusers China and North Korea. That is not a record Socialist Democrats should be proud of,” he added.