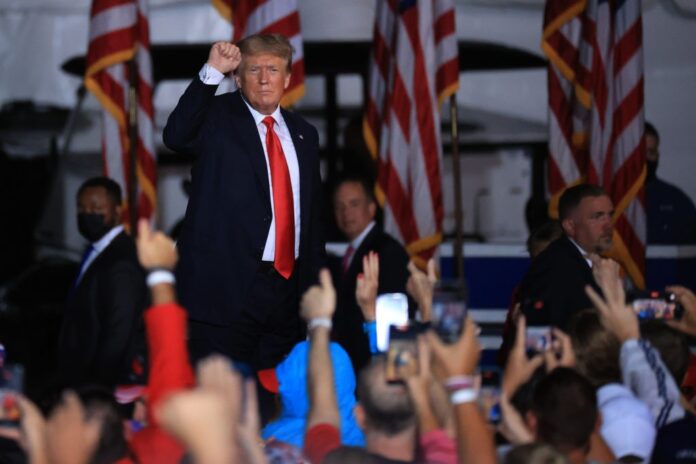 The survey also asked respondents, “Would you say you consider yourself to be primarily a supporter of Donald Trump, or a supporter of the Republican Party?”

While 48 percent identified themselves as a supporter of the Republican Party, a sizable portion, 41 percent, said they are a supporter of Trump. Nine percent said they do not support either.

“I just do my job and we work hard… I hear all this stuff and honestly it’s nonsense,” he said.

Other recent surveys have advanced the same narrative, showing Trump dominating his field of opponents.