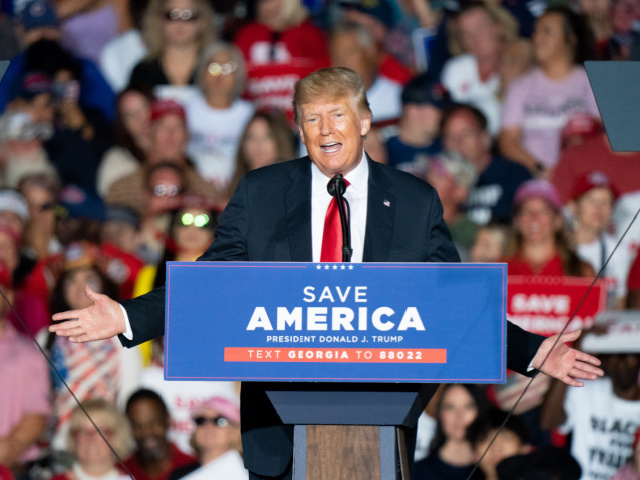 The 45th President honed in on the crisis in Del Rio, Texas, stating, “Our country is being turned into a migrant camp.” He would add that “tens of thousands of illegal immigrants have overrun our borders in recent days while laughing in the faces of our border patrol agents.”

“According to one report, over 220 miles of the area near Del Rio is now completely and totally just absorbed by people, but totally unpatrolled. The police are saying. ‘What do we do?’ This is an invasion!” Trump did not specify which report he was citing.

The former President went on to illustrate the contrast between his administration’s success in handling illegal immigration at the southern border in comparison to the failed policies of the Biden Administration:

“Under my administration, we ended catch and release. We shut down asylum fraud. We struck historic agreements with Mexico and Central American nations to stop illegal immigration, and we deported dangerous criminal aliens by the tens of thousands. including MS-13 killers. We got them out by thousands. We built almost 500 miles of powerful border wall,” and “We created the most secure border in the history of the United States of America.”