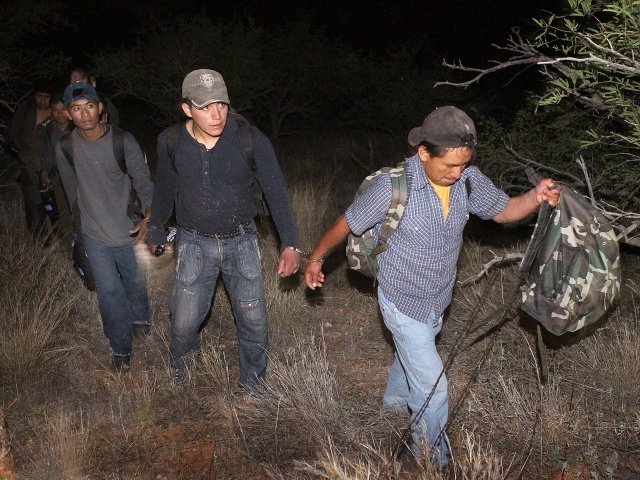 This month, Senate Parliamentarian Elizabeth MacDonough rejected a plan by Democrats to include an amnesty for millions of illegal aliens into a reconciliation package, which would only need majority support in the Senate.

That amnesty plan sought to give green cards to illegal aliens enrolled and eligible for Deferred Action for Childhood Arrivals (DACA), those who work on farms, those considered “essential workers,” and those enrolled in Temporary Protected Status (TPS).

As a result, last week, Breitbart News reported how Democrats are now crafting a “plan B” that would give amnesty to illegal aliens who entered the United States before 2010. The amnesty would be executed by updating the Immigration Reform and Control Act’s (IRCA) registry date so that illegal aliens could secure green cards so long as they can prove they arrived in the U.S. before January 1, 2010.

The Center for American Progress (CAP), a left-wing policy group, released an analysis finding that more than 6.8 million illegal aliens living in the U.S. would get green cards under the Democrats’ “plan B” amnesty:

Given that the average undocumented immigrant has lived in the country for 16 years, updating the registry date to January 1, 2010 — which could be as simple as just swapping out “1972” for “2010” in 8 U.S.C. 1259 — would open the door for an estimated 6.8 million undocumented immigrants to become green card holders. [Emphasis added]

More specifically, more than 1.5 million of those illegal aliens who would win green cards, and eventually naturalized American citizenship, reside in California, while 1.3 million reside in Texas, according to the CAP analysis. Another 410,000 eligible illegal aliens live in New York, and nearly 417,000 illegal are in Florida.

The analysis is the most updated estimate of how many illegal aliens would benefit from the Democrats’ “plan B” amnesty. In January 2010, the Department of Homeland Security (DHS) estimated that nearly 11 million illegal aliens were living in the U.S.

The “plan B” amnesty plan comes directly from FWD.us, which in April published a detailed analysis as to how Senate Democrats could update the registry date in the IRCA to slip such an amnesty into the budget reconciliation package.