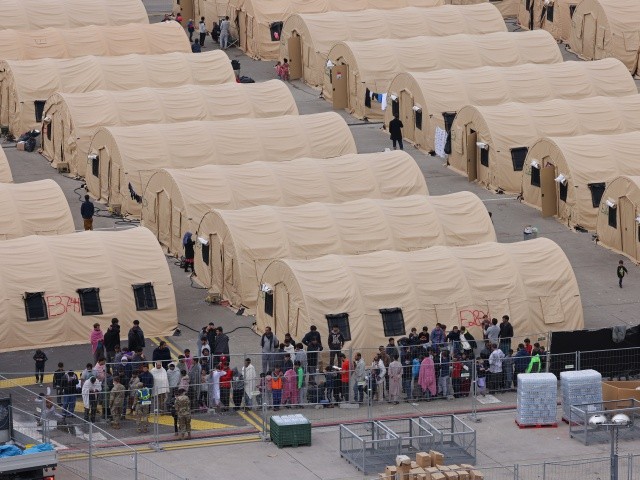 The Biden administration is hoping to bring 95,000 Afghans to the U.S. over the next 12 months. Already, about 37,000 Afghans are in the U.S. and will soon need housing in about 46 states.

In certain cities and regions, Afghans running into high housing costs — partially pushed up by the nation’s legal immigration levels that bring millions of new arrivals to the U.S. every decade, all of whom need housing and thus increase demand.

That impact is now reaching Afghans, most of whom have only been in the U.S. for a few weeks and are still in the process of completing their immigration processing.

In California, Gov. Gavin Newsom (D) wants state taxpayers to foot the bill for the issue, requesting nearly $17 million to fund “cash assistance” for thousands of Afghans who will be resettled in the state. Some of that funding would go toward providing housing for Afghans.

A similar approach is being taken up in Massachusetts where elected state Democrats are asking taxpayers to provide $12 million in funding for Afghans to help them, among other things, with housing costs.

Mass migration groups have similarly been lobbying elected state Democrats in New York to allocate more taxpayer money toward Afghans. Some of that money, the groups have said, should fund housing.

In the Washington, DC, and northern Virginia area, where many Afghans will be resettled, refugee contractors are attempting to sweep up enough affordable housing to place newly arrived Afghans, according to the Washington Post.

“[T]here aren’t enough homes in the area those families can afford with the limited federal assistance most are eligible to receive: $2,275 per individual for housing and other basic services, an amount that is meant to last 90 days,” the Post reports.

President Joe Biden answers questions from members of the media as he speaks about the evacuation of American citizens, their families, SIV applicants, and vulnerable Afghans in the East Room of the White House, Friday, Aug. 20, 2021, in Washington. (AP Photo/Manuel Balce Ceneta)

On the federal level, as Breitbart News has reported, House Democrats have approved a spending package that includes $6.4 billion in taxpayer money to fund Biden’s massive resettlement operation, which includes covering housing costs and providing cash assistance to Afghans after they arrive in the U.S.

The housing issue is not exclusive to Afghans in the U.S., but it is exacerbated by much of the demographic group’s relatively recent history of living in poverty.