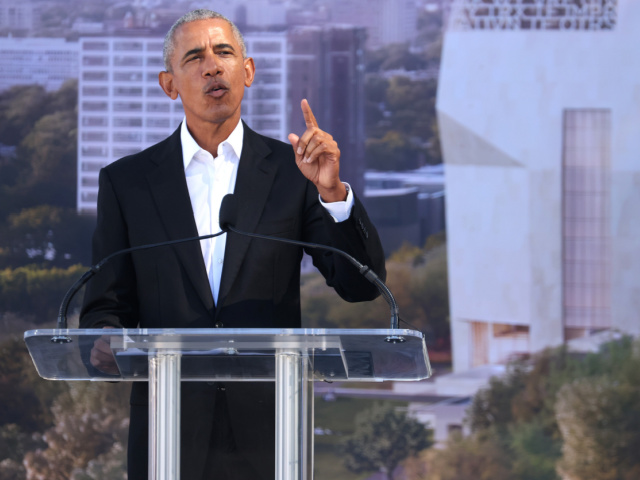 “We have borders,” Obama said in an interview with ABC News host Robin Roberts. “The idea that we can just have open borders is something that … as a practical matter, is unsustainable.”

The president acknowledged that President Joe Biden was still dealing with migrant emergencies on the Southern border, calling it a “painful reminder” that America had not fixed the broken immigration system. Obama said:

As big-hearted as he is, nobody understands that better than Joe Biden. And the question is now: Are we gonna get serious about dealing with this problem in a systemic way, as opposed to these one-offs where we’re constantly reacting to emergencies?

Of the over 15,000 mostly Haitian migrants who gathered in a makeshift camp under the border bridge of Del Rio, Texas, thousands were allowed into the United States under Biden’s administration.

White House press secretary Jen Psaki responded to a question about whether Biden agreed with Obama’s comment during the daily press briefing on Tuesday afternoon.