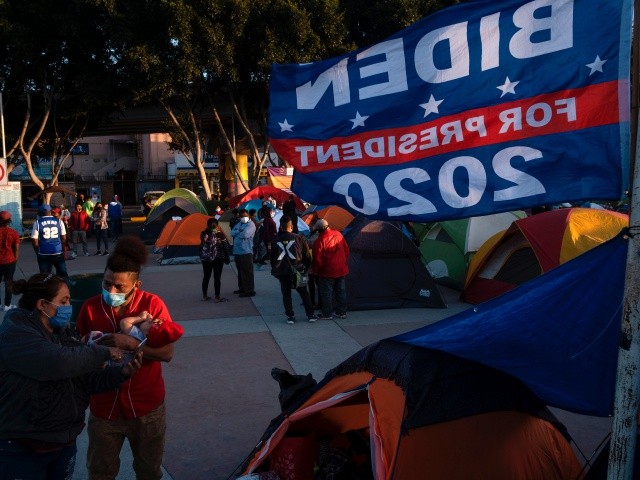 In June, DHS Secretary Alejandro Mayorkas announced that the agency had officially ended Remain in Mexico — the program wherein border crossers seeking asylum in the United States had to stay in Mexico while their cases were adjudicated, ensuring that they were not released into the U.S. interior.

In August, Judge Matthew J. Kacsmaryk ordered that the Biden administration reinstate Remain in Mexico, ruling that the administration had in fact unlawfully ended the program by violating the Administrative Procedure Act.

Subsequently, Biden’s Department of Justice (DOJ) asked the Supreme Court (SCOTUS) to step in and halt the reimplementation of Remain in Mexico while the case makes its way through the courts. SCOTUS denied the plea, requiring DHS to reinstate Remain in Mexico.

Now, as the agency is supposed to be reinstating the program, Mayorkas said in a statement that DHS will end Remain in Mexico, again, “in the coming weeks” via “a new memorandum.”

While the DHS release claims the agency “has been working in good faith to re-start [Remain in Mexico] in compliance with the order,” Texas Gov. Greg Abbott (R) accused the administration of ignoring the court order.

Remain in Mexico has proven highly effective in preventing asylum fraud when border crossers get released into the U.S. without having legitimate asylum claims.

As of August, just 1.6 percent of border crossers in the Remain in Mexico program have been found to have legitimate asylum claims and were, as a result, granted asylum. Meanwhile, 98.4 percent have either been deported, have self-deported, or had their case terminated or closed.

A Harvard/Harris poll from June revealed that more than 2-in-3 U.S. voters want Biden to reinstate the Remain in Mexico program.