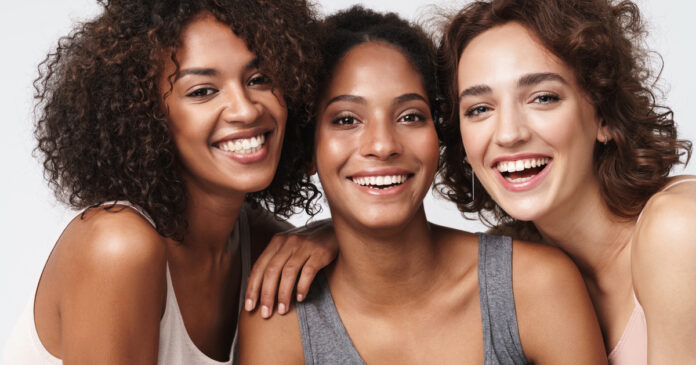 The liberals have gone too far in an effort to be inclusive. There was a line that was acceptable – and now they have crossed it so far that it’s just insulting.

For hundreds of years, there was an easy way to distinguish between a man and a woman. As such, depending on the specific genitalia, a person was referenced as one or another.

The Lancet, a medical journal, however, has decided that using “woman” or “female” to reference someone with a vagina was insufficient. Their term of choice? Bodies with vaginas. It’s a vulgar term when you really think about it. No woman wants to be referred to as such. Come to think of it, most transgender men (those who started off as women but now identify as men) don’t want to be referred to as that, either.

On September 24, the medical journal tweeted about their new issue that focused on the cultural movement that focuses on period poverty and menstrual shame. They said, “Historically, the anatomy and physiology of bodies with vaginas have been neglected.”

Were they trying to lose all of their readership? Just refer to people based on the gender they wish to be known as already.

Transgender women have been fought to be known as women, despite not being biologically born with a vagina. It doesn’t matter whether they menstruate or not – they still want to be a woman.

Notice that the medical journal isn’t about to cover the same for men. We’re never going to see an issue that talks about “bodies with penises.” Why? It’s rude and insensitive. Yet, it’s a man’s world and men are uncomfortable about the anatomy and physiology of vaginas to begin with.

Using the word “woman” is a political no-no in the world of liberals. Florida International University even went as far as issuing an “Inclusive Language Guide” earlier this month which prevented students from using such terms as “ladies and gentlemen” or “mother and father.”

Sex-specific pronouns are out and ambiguous terms are in.

Other terms that you shouldn’t say include “pregnant women” and “Breastfeeding.”

But really, when is it time to say that they have gone too far? Well, many on Twitter felt as though The Lancet had finally done it. As one on Twitter pointed out when saying “bodies with vaginas,” that it’s impossible to “write that and then talk about menstrual shame in the same sentence.”

If you’re too ashamed to call a woman a woman (because only biological women will menstruate), then you have no business talking about menstruation or the same that may or may not go with it.

Another person on Twitter said that the new term sounded like something that should be used by serial killers.

Many of the Twitter users felt that it was a way to dehumanize women. Suddenly, women are no longer women – the gender that is responsible for giving life. Instead, they are merely bodies with vaginas. This would be the perfect time to use the green-faced emoji as the term is literally making us sick to our stomach.

Richard Horton, the Editor-in-Chief of the medical journal realized that he had gone too far. It turns out that the liberals want inclusivity without being dehumanized in the process. He issued a statement that also served as an apology. “I apologize to our readers who were offended by the cover quote and the use of those same words in the review.”

But is he really? Because his next line was, “At the same time, I want to emphasize that transgender health is an important dimension of modern health care, but one that remains neglected.”

Biological and trans people alike want to feel like humans. We are not just bodies with sexual organs dangling as an identifier. The sooner the liberals embrace inclusivity properly, they’ll stop using terms that are downright insulting.