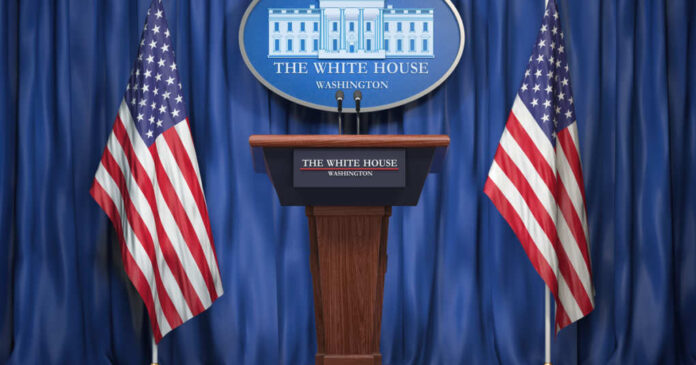 White House Press Secretary Jen Psaki is hardly any journalist professed favorite Biden administration official, but she’s in particularly hot water in the last few days since the administration has begun to block reports from asking questions, not just of President Joe Biden (the reason for which seemed painfully obvious) but of other dignitaries as well.

The situation came to a head when Biden, in front of reporters and Indian Prime Minister Narendra Modi, told the group that he didn’t approve of the tactics of the journalists in America, specifically the White House press pool. He went so far as to say that the press in India was much better behaved, and requested that Modi not take any of the journalists’ questions.

“I think what we’re going to do is bring in the press. The Indian press is much better behaved than the American press,” he continued. “I think, with your permission, you could not answer questions because they won’t ask any questions on point.”

This was the second such offense after a similar issue with UK prime minister Boris Johnson was blocked from speaking with reporters during his visit with the president. Journalists have taken exception to this roadblock from doing their actual job by the press secretary who is tasked with facilitating the stream of information between the White House and the American people.

The New York Times’ White House correspondent Katie Rogers tweeted in response to the new rules, “I thought Modi had said this when I heard about it, but nope that’s the American president.”

According to the Independent Journal Review, Psaki was asked during a White House press briefing on Monday, “As he sat down with Prime Minister Modi last week, the president said that the Indian press is better behaved than the U.S. press and then he advised him not to take questions. Can you explain why the American president was criticizing U.S. reporters in that setting?”

“Well, I would note first that he took questions on Friday and he took questions again today. I think what he said is that they’re not always on point. Now I know that isn’t something that anyone wants to hear in here,” Psaki responded. She added, “But what I think he was conveying is, you know, today he might want to talk Covid vaccines, some of the questions were about that, and some of the questions are not always about the topic he’s talking about on that day.”

So the question is, why does the White House not want us to have the questions about the goings-on at the White House? The media often beat the drum that former President Donald Trump was the enemy of the media. However, any antics like this would no doubt have been vehemently reported by the mainstream media and called out as government control of the media.

But unlike the current president, the former one didn’t want to stop his message from getting out. Any exchange with reporters on his key topics was welcomed because he wanted people to hear his platform and message.

Journalists, even liberal ones, have to do their job by sticking to a topic that their network and their viewers want to hear about. They have to produce more words and on-the-record content about an issue. In the case of the Biden administration, it appears that they want to say as little as possible and keep Americans on a “need-to-know” basis.

It’s enough to make a voter wonder if that voter registration card is going to be worth the match to light it on fire after the current administration’s term is finished. Whether or not they ever leave office will be a whole other issue.