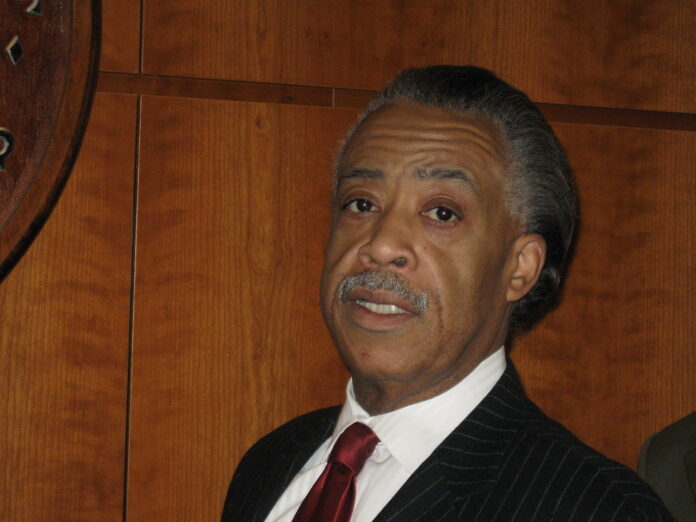 Activist Al Sharpton took center stage during the funeral for Andrew Brown Jr., a black man who died last week following an encounter with law enforcement. Sharpton delivered the eulogy and used that as a platform to take aim at fellow Black man and politician Sen. Tim Scott (R-SC), The Daily Wire reported.

Scott has been making headlines (not inconsequently quite a few more than Sharpton of late) since delivering the rebuttal to President Joe Biden’s first address to a joint house of Congress just days ago. Scott had the audacity to be a person of color who did not fall into lockstep with the Democratic party, and must therefore be cut down by prominent members thereof.

Lost, seems to be the status of people of color holding one another up. Gone the sentiment that Black Americans need to have the freedom to speak and think for themselves. The only thing that remained was a full-bellied, high-pitched roar of an irate Black leader, irate that his “trump card,” his ability to say “you don’t understand because you’re not Black,” was losing its power.

During his address, Scott made a compelling case that while some individuals inside it are racist, America is not a racist country.

“Hear me clearly: America is not a racist country. It’s backwards [sic] to fight discrimination with different types of discrimination. And it’s wrong to try to use our painful past to dishonestly shut down debates in the present.”

Sharpton attempted to deliver a scalding rebuke to Scott’s rebuttal, claiming that Scott was changing his tune:

“Seems something awkward to me where a white president talked about white supremacy and a black senator said…America’s not racist,” Sharpton said according to The Daily Wire. “Seem a little strange to me. Now, everybody in America is not racist. But are you talking about whether the practice of America is racist or the people? Because the practice of America was built on racism.”

The so-called “reverend” went on to talk about how in 1847, by law, Black people were still chattel slaves in Elizabeth City, adding, “What do you mean America is not racist? It was started off racism!”

According to Sharpton, today Black Americans are “unemployed twice as much as whites,” don’t have the same level of education, healthcare, or the ability to get business or bank loans. He said those issues make the country racist. He also talked about a judge’s decision to release footage of the incident that lead to Brown’s death, to the public, due to the fact that the investigation is ongoing.

Attorney Ben Crump, who now represents the Brown family and has represented the families of Daunte Wright and George Floyd, also spoke at the funeral saying, “Because Andrew cannot make the plea for transparency, it is up to us make the plea for transparency and demand that these videotapes be released. … We already know what they’re going to show. Even Stevie Wonder, he can see what these videos are going to show.”