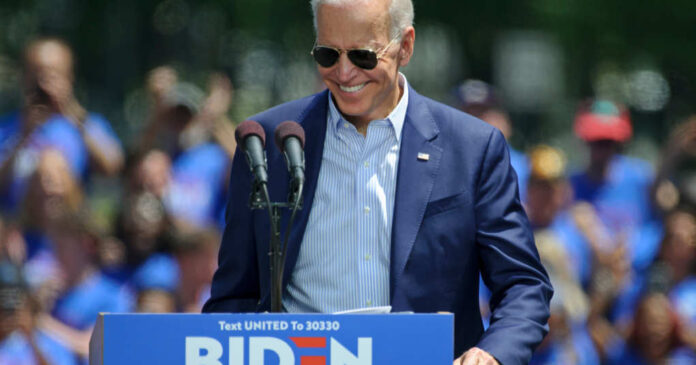 There is a new report from Congress’s nonpartisan scorekeeper for tax policy which reveals that the Democrats’ pending tax bill will raise taxes on the middle class. If this is true, it will certainly break one of President Biden’s key campaign promises.

If the Democrats get their pending $3.5 trillion social welfare bill passed, it would be funded by a $2.9 trillion tax hike. The taxes raised would be income tax and corporate tax.

In fact, as soon as 2023, all taxpayers from every income level will see significant tax hikes. These tax increases will hit the following percentage of wage earners:

Republican Sen. Mike Crapo said in a Senate Finance Committee press release that the Tax Cuts and Jobs Act cut taxes across all income groups, especially for the middle class. But he also noted,

“This nonpartisan analysis shows that less than a third of all Americans will benefit from Democrats’ tax plans, with more than two-thirds either experiencing no benefit or facing immediate tax hikes. The middle class and small businesses, in particular, will be getting very little — except for more taxes.”

The Democratic Party line on these measures is that the legislation is an attempt to make wealthy Americans pay their fair share. But an Americans for Tax Reform analysis discovered that the bill’s burden would fall largely upon the middle class. One example is raising taxes for 95% of small businesses which are considered pass-through entities that pay the income tax.

Along with this, raising the highest corporate tax rate from 21% to 26.5% would harm nearly 1.4 million small businesses currently operating as C-corporations.

The Media Research Center released another analysis that showed the typical American household spent $17,211 in taxes last year. Their combined expenses for food, healthcare, clothing, and entertainment amounted to $16,840. This means that Americans spent more on taxes than many of their core living expenses.

The irony facing the Democrats in Congress is that in order to pass their massive spending plan that comes with huge tax increases aimed largely at wealthier Americans, they might have to approve a huge tax break that would almost exclusively benefit Americans who are the wealthiest.

The State and Local Tax (SALT) deduction was capped at $10,000 as part of the 2017 tax reforms. But now lifting that cap, or repealing it entirely, has been a major priority for members of Congress who represent wealthy districts in high-tax states. Now some Democrats are threatening to withhold their support for Biden’s Build Back Better plan unless it addresses the so-called “SALT cap.”

Rep. Alexandria Ocasio-Cortez (D–N.Y.) recently made headlines for wearing a dress with “tax the rich” printed on it to the Met Gala, which ironically, serves as a way for wealthy people to avoid taxes. She has even shown a willingness to consider the SALT cap repeal.

When the political push comes to shove, it looks like Biden is going to have to eat crow because of one of his key campaign promises.