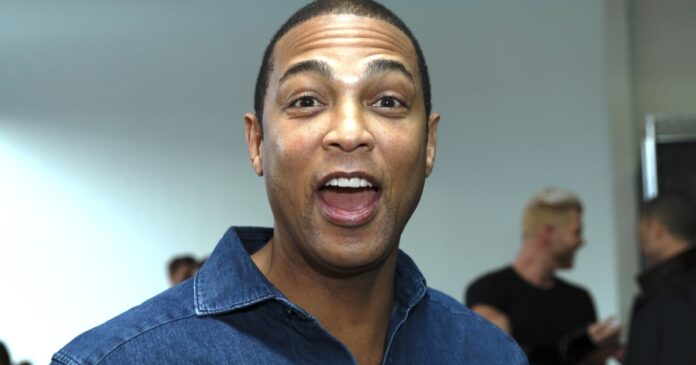 Have you ever wondered what it would be like to meet someone truly convinced that they are ideologically and legally untouchable?

Well, that was the experience of one man who had an encounter with CNN’s Don Lemon and their bazaar case is headed for court.

According to a report in The Blaze the anchor is charged with sexual assault in what Fox News (I’m sure not gleefully) described as a “prolonged legal process” stretching back to 2018 when the allegations first came to the surface.

But buckle up, because this story is strange.

The story, as told by the defendant, former Sag Harbor bartender Dustin Hice, begins in the Hamptons. The playground of the rich, iconic set of many a beloved movie, and apparently, where the rich and famous go to get drunk and hook up with locals who make enough money to drive there, just not enough to live there.

Hice asserts that Lemon was visiting a bar in the Hamptons during the summer of 2018 when he assaulted the bartender (who was not at the time working) with an alleged inappropriate (and quite disgusting) touching.

Hice said that he saw Lemon at the bar after work and of course, recognized him as an anchor for CNN. A bit interested in talking with the celeb, he attempted to get his attention so he could buy him a drink, but Lemon refused. Later in the evening, however, Lemon got more interested, and Hice got less interested.

According to Hice’s recounting of events (which clearly, is his side of the story) a bit later Lemon accosted him in an unexpected way when the two ran into one another again at the bar:

A portion of the suit alleged, “Mr. Lemon, who was wearing a pair of shorts, sandals, and a T-shirt, put his hand down the front of his own shorts, and vigorously rubbed his genitalia, removed his hand and shoved his index and middle fingers into Plaintiff’s mustache and under Plaintiff’s nose.”

The so-called “frivolous” suit’s plaintiff attempted to settle out of court though. The New York Post reported in 2019 that the plaintiff demanded $1.5 million before filing the complaint but Lemon reportedly wouldn’t have it.

For his part, Hice told Fox News Digital that the lawsuit is going forward and despite what is being called a “lengthy” discovery process, it could land in court around January of 2022. The plaintiff told the outlet that he believes Lemon’s purported “vile, disgusting, lewd, and inhumane” behavior would be being taken much more seriously if his victim had been a woman.

“I’m not doing this for notoriety or fame, I’m doing this because I’m standing up for myself and what I believe in,” Hice told Fox News at the time. “I’ve grown a new respect for people dealing with mental health issues because stress, depression, anxiety, those are all very serious things. It consumed my life.”

Hice may or may not prevail in his suit, but if his allegations are true, pursuing reparations is an important step to take. There is no shortage of famous (and not famous) people who believe themselves entitled to all sorts of things, including the person and dignity of others. We seem to see a disproportionate amount of the rich and famous who feel nothing can touch them, but who have often been cut down to size by the damage their actions have done to their reputation and pocketbook.

If behavior depends upon its consequences, justice must be served through accountability