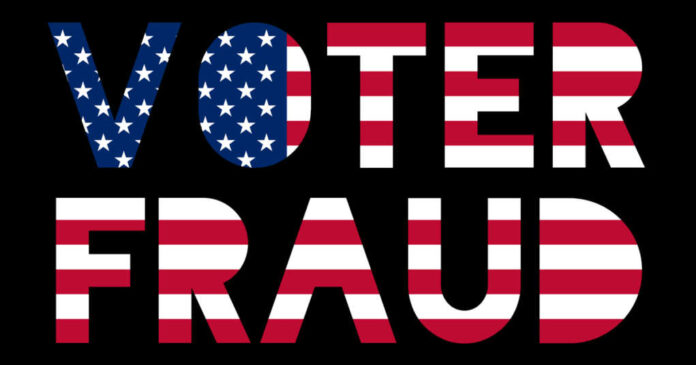 The battle for election integrity continues around the country. People have angered at the live fraud that the Democrats engaged within 2020 to rig the election geared to put Joe Biden in the White House. They went through great pains to hide their methods so they would not be discovered.

The media also joined in on the deception by refusing to report on the stories. The industry even went through discrediting Donald Trump’s investigative efforts and his team of lawyers. The state leaders could not provide adequate answers about what took place, so they played along like nothing was wrong.

But now that the matter is passed, some states are looking back and finding out that there was truth to what Trump had been saying. And the most politicized investigation taking place in the country is Maricopa County, Arizona.

The county was told to perform an audit to determine if fraud had taken place. The audit is finally finished, and the report has been released. But now it appears that something happened to the report making Arizona Attorney General Mark Brnovich order a freeze on all the materials associated with the 2020 election. He is arming for litigation and a continuance of the investigation.

The report provided to the state Senate had some things in it that caused many people to question the document. The questions were enough to cause Brnovich to ask for the supporting documents of the report and that all other materials be saved related to the election. Somewhere a liberal had their hand in the report and tried to hide the dastardly deeds of the Democrats in 2020.

Brnovich stated that “The Arizona Senate’s report that was released on Friday raises some serious questions regarding the 2020 election. Arizonans can be assured our office will conduct a thorough review of the information we receive.” He is not about to let the politicians fight over-interpreting the findings. He plans on moving forward to determine what happened and what needs to be done to bring back election honesty and integrity.

The Assistant Attorney General is Jennifer Wright. She sent a letter to Maricopa County stating that they better be ready for a lot of trouble based on what the report has indicated. The letter she sent stated that “In light of our review, as well as the expectation the review may lead to further investigation or litigation, this letter is to provide notice to Maricopa County that a litigation hold should be in effect regarding all potentially relevant materials related to the 2020 General Election, as well as potentially relevant materials related to the 2020 Primary Election and 2020 Presidential Preference Election (combined referred to as ‘2020 Statewide Elections’).”

Maricopa County officials are still screaming that everything is fine and accurate. But something in the report reveals the lies. County officials claim that the candidate that was supposed to win did, and nothing else happened.

But the report shows that ballots were deleted and mishandled. At this point in the game, it does not matter who won the county. But what is at stake is the process and the handling of voting materials. The liberals treated conservatives like dogs and mishandled their ballots to the point that Joe Biden was a projected winner. But if fraud on a large scale can happen in Maricopa County, it can happen anyplace.

Officials also claim that “Unfortunately, the report is also littered with errors & faulty conclusions about how Maricopa County conducted the 2020 General Election.” Which is an excellent way of telling people that the liberal auditors produced a faulty report and no one can trust it.